CARA live dates in England to promote their latest album, YET WE SING 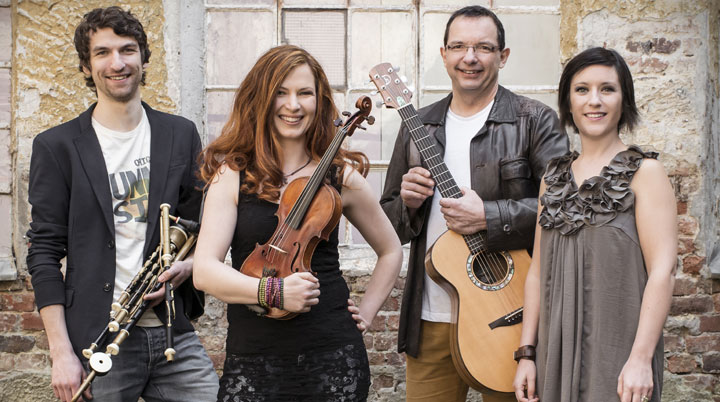 Now considered to be one of the most sought after bands within Germany and across mainland Europe, Cara are pleased to be heading to England to promote their fifth studio album, “Yet We Sing”.

The Cara sound is shaped and defined by the two charismatic singers and songwriters, Gudrun Walther (Germany) and Kim Edgar (Scotland). “Yet We Sing“ deals with the “hard stuff’ – love, death, religion, war and hope – drawing the listener near. The album also captures the live energy that has earned Cara their enthusiastic fanbase and their reputation within the folk scene. Energising, emotive and engaging, Cara aim to connect directly with the listener.

The band also enjoy performing in Ireland: in October 2014 they were invited to celebrate the 35th anniversary of the famous Cork Folk Festival alongside such luminaries as Mozaik, Dick Gaughan, and We Banjo 3.

They tour on a regular basis in Scotland, England, Denmark, the Netherlands, France, Belgium, Switzerland, Italy, Austria and Germany.