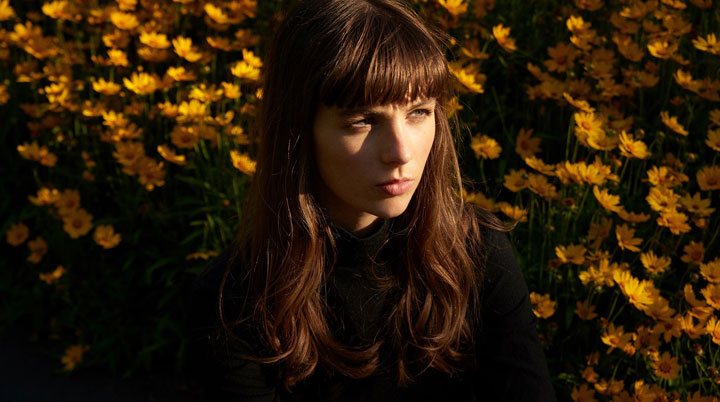 Decently quirky, from her raised eyebrows on the cover you’d guess Gena Rose Bruce is a mistress of moods, attitude and experiences, from the music you wouldn’t be that far off.

‘Can’t Make You Love Me,’ is a dose of life lived and love gone off kilter, much of it’s personal. Vocally she switches between sage advisor, a girlish enthusiasm and seeming detachment, her band drive on the rhythmic structures overlain with sweeping keyboards and meandering guitars, through which you can hear echoes of Espers and Mazzy Star.

Beginning recording way back in December 2017, Bruce had just walked from a dodgy relationship and locking herself away for a quarter of year delivered the majority of the music presented. Titles like ‘The Way You Make Love,’ ‘I Don’t Think I’ll Ever Get Over You,’ ‘I Can’t Be That Easy,’ all point to tough times, she admits, single ‘Rearview,’ documents a failed affair, which belies melodic clothing, “ it’s a conversation I never could have with that person.” ‘I Don’t Think,’ a letter to say farewell she claims to have rewritten several times before being satisfied with the final version. The whole CD concerns how she’s reinvented herself and emerged a wiser and more cautious person. I guess music, even an album full of haunted, echoing, left field indie melodies can heal. Live shots on the web show an artist with her own voice, working closely with guitarist and bassist Jade Imagine whilst CD production from the confident Tim Harvey gives her a plinth from which to present her woozy sincerity.