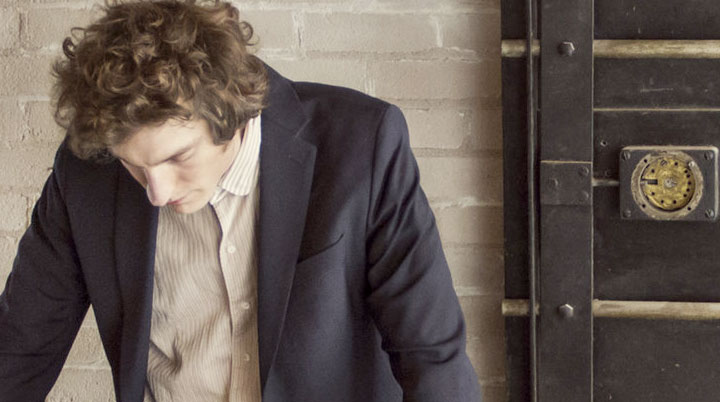 Cameron Blake entered the folk scene in 2009 and really hasn’t looked back since. His latest offering Alone On The World Stage promises to be his best yet, with contemporary folk songs, excellent lyricism and adroit guitar work. Considering the album largely features just Blake and his guitar, there is an almost orchestral expanse to some of the tracks on this album, befitting of some of the topics he approaches.

The opening track and first single to the album Rise and Shine is, in Blake’s own words, “a sing-along anthem for the innocent families caught in the crossfire of war.” The focus being the ongoing Israel-Palestine conflict. Blake approaches such a topic with a deft lyrical hand, the song is thoughtful and measured with wonderfully realised verses such as:
“See the uniforms on the teenage boys
The Gorilla scarves and the bomb decoys
As the pillars rise along the barbed wire coils
It’s just another call to prayer through shellfire noise.”
With lyrics like this it’s hard for me to avoid comparing some of this to early ‘revolutionary’ Dylan and it doesn’t help that Blake bears a slight resemblance in his press photos…
Furthermore, Blake also turns his hand to topics closer to home including socio-economics in America with “Detroit” and “Welfare State” and the new oil rush in North Dakota in the aptly named… ”North Dakota Oil”. Songs on the album aren’t all quite so large in scope and politically minded, in fact there is a fair amount of inward reflection and intimacy present such as “Ultrasound” and “Home Movie” (one of two songs written with a piano accompaniment) proving Cameron is just as adept in writing about subjects close to himself.
In many respects Cameron Blake is continuing the legacy of America’s great folk singers, without getting caught up in history and pretence. Blake finds subjects that are modern, relevant and in my mind represent what it means to be a folk singer.
A great album.
Ben Crowther