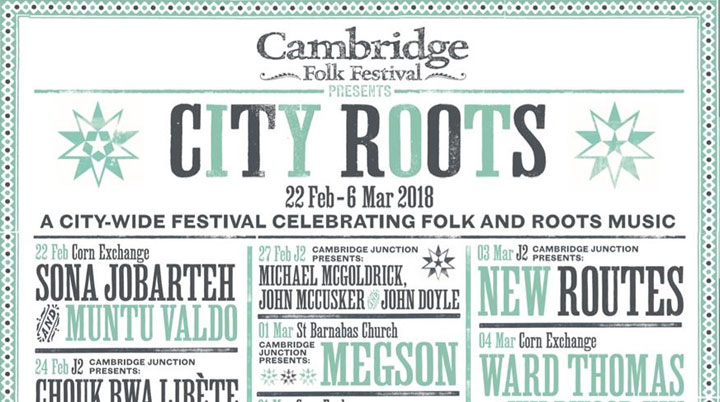 THE spirit of the world-famous Cambridge Folk Festival will inject the city with winter cheer in February and March, when Cambridge’s second city-wide winter folk and roots festival opens for two weeks of exceptional music and events.

Appearing at renowned city music venue, The Portland Arms will be folk festival Club Tent sensation, Darren Eedens & The Slim Pickin’s – whether they’re held spellbound by a poignant ballad or jumping up and down as one to a stomping groove, Darren’s command of an audience is absolute!
Following the success of last year’s Creative Roots, the festival’s valuable professional development day will be held at The Portland Arms. Music industry professionals will once again gather to offer a career development day of workshops, talks and sessions, offering gems of advice and a wealth of experience.

Drop-in music sessions around the city; a special City Roots Family Day with free attractions including craft workshops, face-painting, storytelling, ‘Come and Try’ ukulele workshop and fun walkabout characters; plus what promises to be a sell-out City Roots highlight – a fascinating live interview, in association with the Cambridge Union Society, with charismatic Canvey Island rocker Wilko Johnson – and it’s safe to say City Roots will be one of the most anticipated events in Cambridge in 2018!

Tickets for all City Roots events go on general sale at 10am on Monday 20 November.