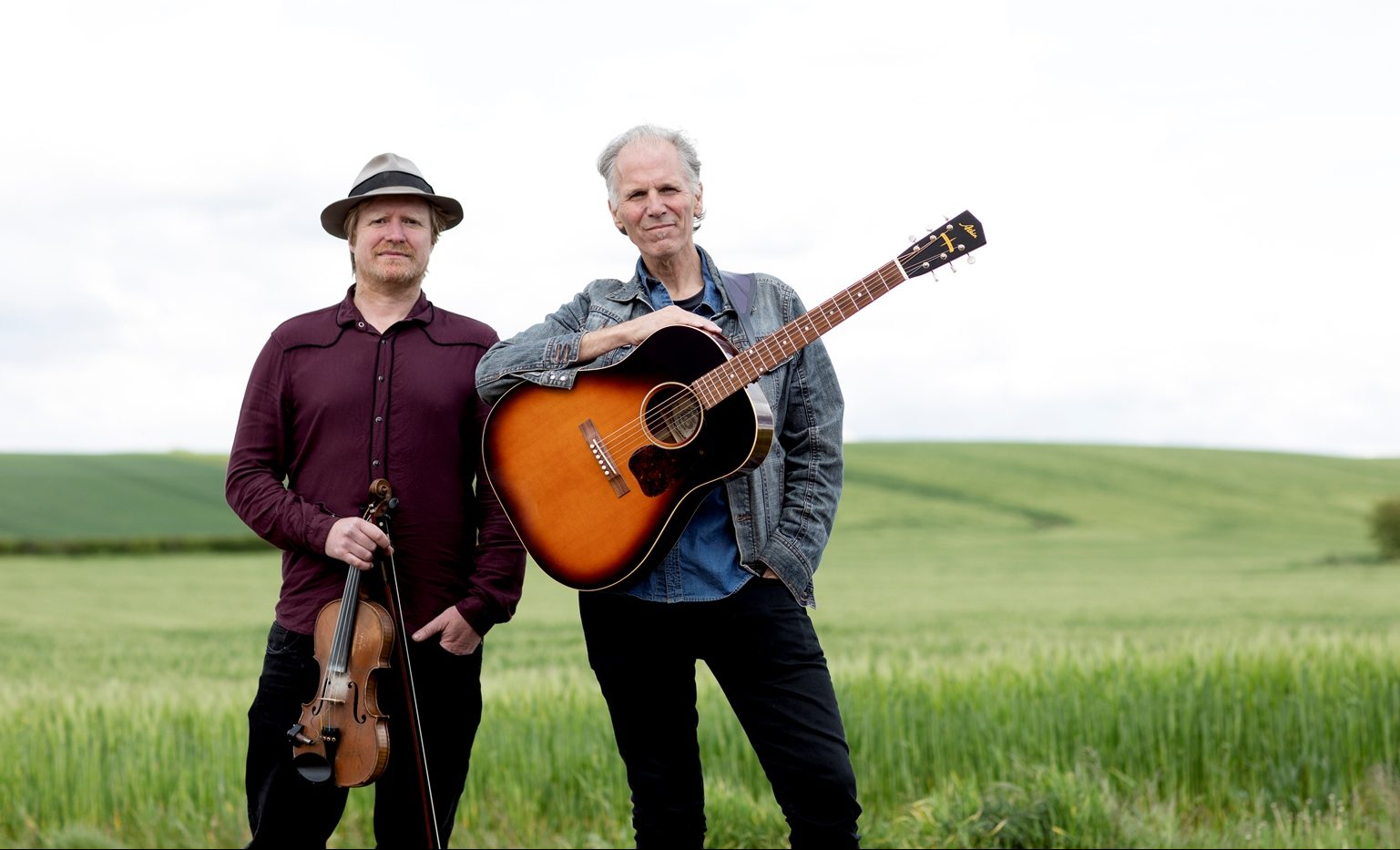 A chance meeting a few years ago while on tour in The Netherlands led to the guitar-fiddle collaboration of Brooks Williams and Aaron Catlow   In 2020, their plans for touring and recording were temporarily scuppered, but the two decided to keep themselves busy by accepting an offer to create a ‘soundtrack’ devoted to films of the mighty barn owl. The result was an album – aptly titled  Ghost Owl, comprising of ten tracks of fiddle and guitar written for, and inspired by, the barn owl.

Aaron Catlow is a master violinist and half of the Bristol-based duo Hawes And Catlow, with guitarist-singer Kit Hawes. He is also the fiddler in UK festival favourite Sheelanagig. Catlow’s other credits including playing with Grammy Award-nominated Yola, Mad Dog Mcrea and Afro Celt Sound System.

Cambridge UK-based, Georgia US-born, Brooks Williams is known for both solos shows and collaborations with the likes of Dan Walsh, Sloan Wainwright, Boo Hewerdine and Rab Noakes, among others.