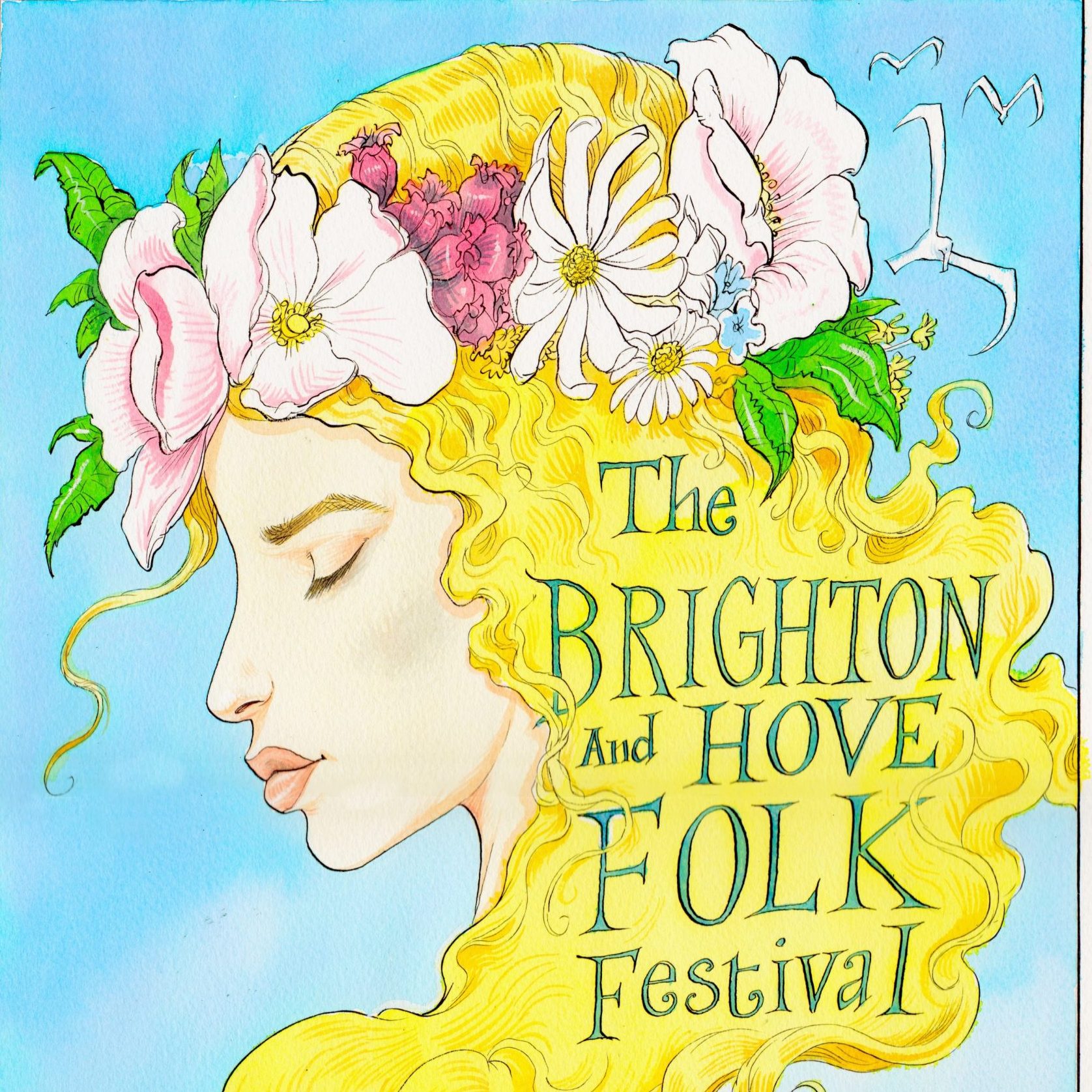 Folkroom Records have launched a plea to save Brighton and Hove’s Folk Festival which is set to run on September 10th.

The line-up includes folk legends like Martin & Eliza Carthy, to thrilling live acts like Gwenifer Raymond and Rachael Dadd and a wealth of local musicians including Bird in the Belly. However, unless just eighty more tickets are sold in the next week, the festival can’t go ahead.

Songs are illustrated live throughout the day by the Observer political cartoonist Chris Riddell.

By this time last year, tickets for Brighton and Hove Folk Festival had sold out.

‘We honestly never thought we would have to do this, but we’ve less than six weeks to go until Brighton and Hove Folk Festival and unless people buy tickets, we won’t be able to go ahead at all! Please help us get this back on track – we have 10 days to sell 80 tickets!

We hear a lot in the press at the moment about how music is struggling, but it can be hard to understand exactly what that means.  Here is what it means for us: people aren’t buying tickets as much as  they used to, and when they do, they’re often leaving it until the last minute. If people don’t buy tickets, the gigs can’t go ahead, artists can’t play, and you’ll not be able to hear the amazing music that we work so hard to find and bring together.

I’ve been running gigs for nearly twelve years. It’s heart-breaking that it’s so hard at the moment, it’s never been tougher than this. We’re not a big company running events for profit, I’m one folk music fan who is currently set to lose thousands of pounds whether the festival goes ahead or not. We really, really want to run it. So we’re asking for the folk community’s support, and pretty desperately.

We’ve done the maths, and if we can sell just 80 more tickets by August 10th, the festival can just about go ahead. So, if you were thinking about coming to join us, but have been putting off buying your tickets until the last minute – now is the time to do it and save Brighton and Hove Folk festival.’

Lets see if we can help.