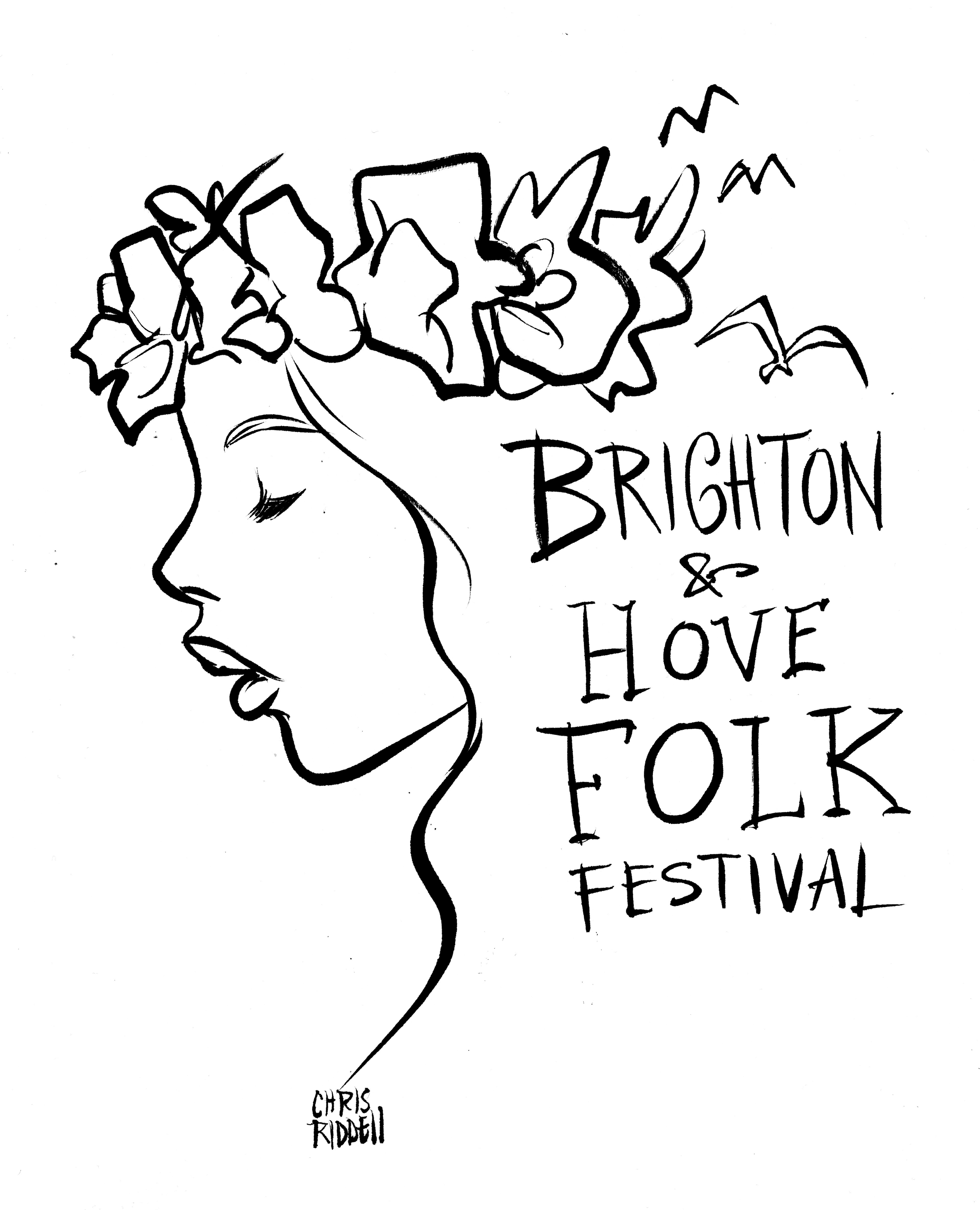 Isn’t it about time Brighton had a folk festival of its own?

In 2020 it will! The Brighton and Hove Folk Festival is a timely new addition to the folk festival circuit, run by established local promoters Folkroom, with renowned illustrator and political cartoonist Chris Riddell as patron of the festival.

The brand new Brighton and Hove Folk Festival will have its debut on September 5th 2020 at an all day event across three stages at the Brunswick in Hove. It’ll be a day of music from the brightest folk talents in Britain today. Mixing stalwarts of the scene with up and coming artists, traditional songs with contemporary takes on the genre, the festival offers something for everyone and champions the inclusivity of the British folk scene. The festival also pays special attention to the thriving Sussex folk tradition.

The main stage will see some of the UK’s foremost folk bands, singers, songwriters and musicians like Kitty Macfarlane, Ben Walker and Naomi Bedford & Paul Simmonds perform with spellbinding live illustration by renowned illustrator and political cartoonist Chris Riddell. The basement stage will present traditional and contemporary folk music, whilst the showcase stage will offer intimate and unplugged sets by some of the most engaging new voices across the scene. Wonderful music all round, with a special bar and food menu put on by the Brunswick.

Since the much loved Lewes Folk Festival marked its final year in 2018, Sussex has been lacking a new festival that can bring together folk music lovers as well as local audiences. Promoters Folkroom have been doing just that for ten years.

Their events include the much loved (and always sold-out) Toy Museum Folk Club seasons in Brighton as well as their ever-popular Folkroom nights in London and Brighton. The Brighton and Hove Folk Festival seeks to replicate the welcoming atmosphere, inclusive bookings and innovative presentation of these events to create an unforgettable day for everyone attending.

As Folkroom founder Stephen Rötzsch Thomas says: ‘The Sussex folk scene is thriving right now, with amazing new bands like Bird in the Belly leading the way. We’ve been working with local artists who are drawing their songs from the landscape and lore that surrounds the south coast, and are excited to include many of these across the stages at the Brighton and Hove Folk Festival.”

The festival was launched on November 28th, with tickets on sale from http://folkroom.co.uk/BHFF/