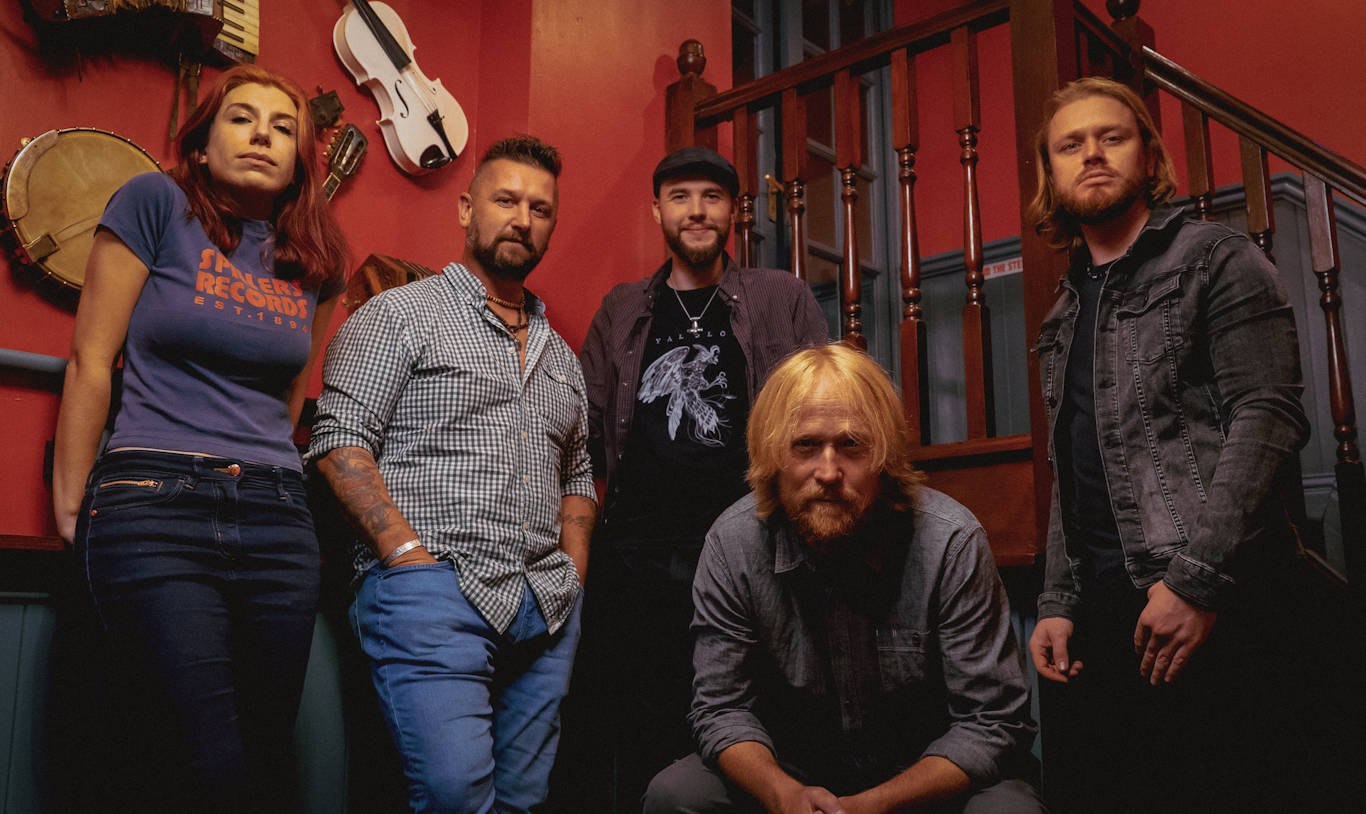 Founded in 2013 by a group of musicians combining their individual musical styles into something that isn’t quite folk, sort of punk but 100% heart-pounding revelry. This unique sound (combined with lyrics ranging from social issues, life on the road and partying with friends) launched the band into the heart of the UK live music community and made them firm favourites of the festival circuit.

The band released their debut album, ‘Along The Old Straight Track’ in June 2016, produced by Sean Lakeman, recorded at The Metway studios in Brighton and mixed by Al Scott. With this team on board, inevitably the record has drawn strong comparison to the likes of The Levellers, Mad Dog Mcrea and Ferocious Dog, whilst remaining an album by a band which have forged their own sound and identity.

In the following years The Leylines went on their first of many national tours, and were booked for Glastonbury Festival 2017, where they performed six sets in as many days. They also played stages at Beautiful Days, Goldcoast Oceanfest, Something To Smile About Festival, The Godney Gathering and Big Feastival, as well as many other music festivals across the UK.

The band then released their second studio album Recover Reveal, in March 2019. Starting work on it almost immediately after the release of ‘Along The Old Straight Track, their second record was nearly three years of honing and crafting, with a number of tracks crowd-tested at numerous venues and festivals across the UK. The result is a collection of sincere, straight-from-the-heart performances, constructed with care, and played with passion. Then came Covid and a huge pause.

Now, they’re back planning to hit the road in early March on what they’re wittily calling ‘The Breakout Tour’ which runs across the spring and continues with selective festival dates into the summer. Details below, tickets and more from theleylinesmusic.co.uk

London, The Half Moon Putney