The Bounty Hounds – Boxed In 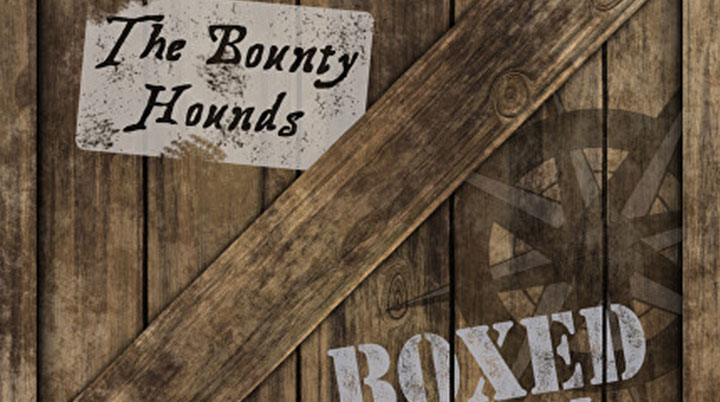 Boxed In conjures up any number of cliches from finding a pub on a Saturday night with a band playing folk music to swaying, drunk with your mates and singing (badly). And too be honest this matters not a jot. These are songs loved by the band and you can feel it. To invoke a cliche of my own you up being carried along with their infectious happiness.

Yes, there is nothing much new here, but purists will revolt at the extensive use by the band of electric guitars but for me that differentiates it from the hundreds of other “folk rock” bands on the circuit at the moment.

Stand-out moments come right at the start with When I’m Up a song where you find yourself wanting to create a folk music styled mosh pit with multiple joyous people bouncing off each other.

The next comes right in the middle with The World Turned Upside Down a political song which aims to get us marching.

And finally right at the end where the band slows the whole album down with Ginger Billy a song of sadness which seem reminds me of Country Life by Show of Hands and has a guitar solo which obviously comes from doing lots of live shows.

Band members Kevin Wickham, John Bosley, Robbie Nash, Martin Gibson and Chris Hart love this music and the production of this album is testament to that. Long may they and the cliches continue.