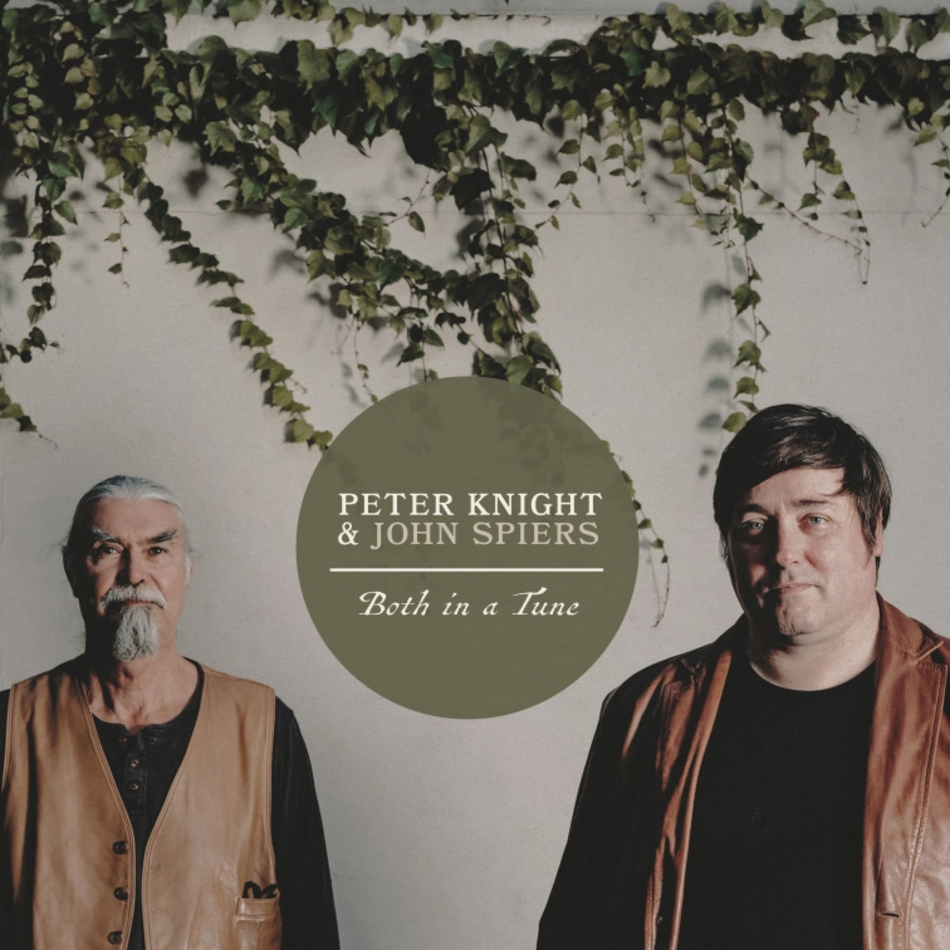 That’s as in Peter and John, as in Steeleye Span and Bellowhead respectively. They’ve struck up quite a working relationship since 2016 when some enterprising cove at FolkEast decided they’d do a decent duo set as a one off. Some one off! Since then Spiers has gone on to join the larger version of Gigspanner and they’ve run with the idea of the duo, giving us tours and previous CD, ‘Well Met,’ in 2018. Then lockdown, Covid and things slowed to a crawl. Never individuals to let spare time go to waste, both have been active in quieter periods of the pandemic and put enforced home time to purposeful use. ‘Both In A Tune,’ – quote from William Shakespeare – is ample evidence and though it’s got material labelled trad, improvisation is the name of the game. Peter K has always acknowledged that he has improvisation in his blood but to credit Spiers he followed the lead and the pair of them are fuelled by serendipity.

Nothing here is obvious and some items have prog rock like lengths, eight minutes for ‘ Yellow Haired Laddie,’ f’r instance and ‘Scarborough Fair,’ which opens you’ll appreciate is totally turned inside out when compared to Paul Simon’s rendering. It’s a long but rewarding listen shifting through passages of gentle wandering and more familiar melody. They get extra points from me for including the stately but effective WW1 tune ‘Battle Of the Somme,’ originally delivered so well by the Albion Country Band, Knight & Spiers are canny enough to move it into acoustic free jazz mode so leave their own mark. ‘ Abbot’s Bromley Horn Dance,’ is perhaps the straightest rendering, though it’s good to see that they’re writing their own stuff which adds to the scope of an already open CD. Resident in France for several years Peter Knight’s ‘La Dance De Madam Meymerie,’ brings a series of riffs which swap back and forth between the pair, ‘ Improv 3,’ has everything and the kitchen sink thrown in and then some, you can tick off musical styles galore as it issues from the speakers.

Uncharted territory is where ‘Both In A Tune,’ chiefly aims for and if you like rootsy music moved into something other entirely then Knight & Spiers deliver melodic adventures for your appreciation. Of course you should join them in their quest. Creative, impulsive and even audacious, what else do you need to know?