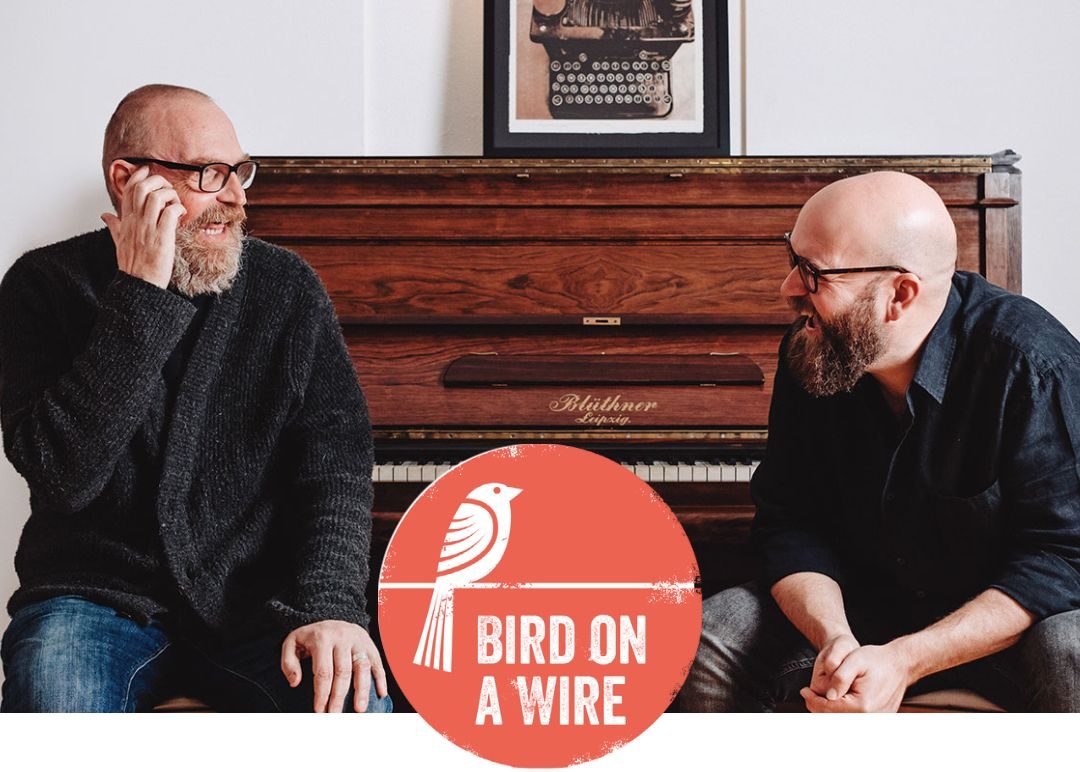 Following the huge success of a series of songwriting workshops from acclaimed musicians Boo Hewerdine and Findlay Napier, the pair have announced a new series of engaging classes that will be open to all.

Having launched earlier this year, the Bird on a Wire songwriting courses were originally funded by Creative Scotland. The courses gave musicians in Scotland, whose livelihoods had been negatively impacted by the coronavirus pandemic, the opportunity to develop their skills. With the original three five-day online courses eight times oversubscribed, Boo and Fin have now announced a selection of paid-for workshops this spring that anyone can book and join.

Boo Hewerdine,  is a songwriter and performer of over thirty years, signing his first record deal at the age of 19. He went on to forge a successful career as part of The Bible and then decided to go it alone as a solo performer, musician, songwriter, producer, and mentor. He has played with Eddi Reader, producing Sings the songs of Robert Burns, Angels and Electricity and Simple Soul. Eddi has recorded more than 50 of Boo’s songs including Patience Of Angels which was nominated for an Ivor Novello Award and saw Boo join the Ivor Novello judging panel the following year.

Findlay Napier is one of Scotland’s finest singer-songwriters, he was the first solo act to be nominated for Live Act of the Year at the MG ALBA Scots Trad Music Awards and his remarkable 2015 solo debut album VIP: Very Interesting Persons, produced by Boo, claimed the number two spot in the Daily Telegraph’s top folk albums that year.  A skilled collaborator, Findlay was part of Folk by The Oak’s successful Shake the Chains touring and album project and in 2019 teamed up with award-winning songwriter Megan Henwood to create and tour their eponymous first EP as The Story Song Scientists. 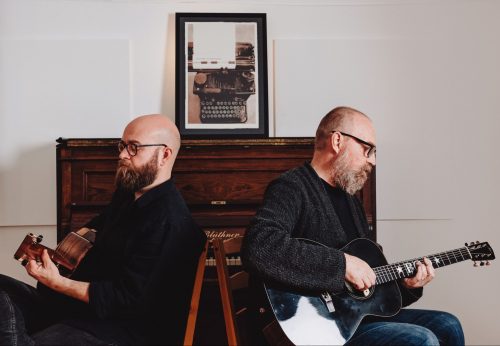 Starting at £250, the courses are uniquely immersive and cover lyrics, meter, rhyming, prosody, writing techniques and look at interesting melodies and compositional methods.  Participants also have the opportunity to have one-to-one sessions with both Fin and Boo and enjoy a masterclass with a guest speaker who has rich songwriting experience. Previous guests include Beth Neilsen Chapman, Karine Polwart, Mary Gauthier and Chris Difford.

Boo Hewerdine said: “It was fantastic to see such a big appetite for the Bird on a Wire songwriting sessions so we’re delighted to expand our offering and welcome more people from near and far and a variety of backgrounds onto the course. Our ethos is that we believe you come to us as a songwriter full of ideas and we want to help provide you with the tools to compliment your own skills and aspirations.”

Findlay Napier added: “We try to provide a welcoming and open environment for everyone on the course and would really encourage anyone who’s thinking about coming along to take the leap. The classes are incredibly rewarding and having the opportunity to discuss your goals with us, network with other songwriters and meet some notable guest speakers is a unique opportunity and often the start of an exciting journey.”

Previous Bird on a Wire participant Tom Cooper was passionate about the course. He said it was: “A life-changing week: challenging and empowering in equal measure. The timetable of tasks was demanding, but there was also flexibility in response to our needs.  The course has had an immediate effect on how I write and the way I think about writing, and also introduced and welcomed me into a new, diverse community of inspiration and connection with other songwriters.”

The next series of Bird on a Wire courses includes a weekly evening class kicking off 22nd April 2021 priced at £250 and two five-day online songwriting retreats on 26th April and 17th May priced at £350.

To find out more and book a place on a Bird on a Wire songwriting programme visit: www.birdonawire.info.