Blowing His Own Whistle 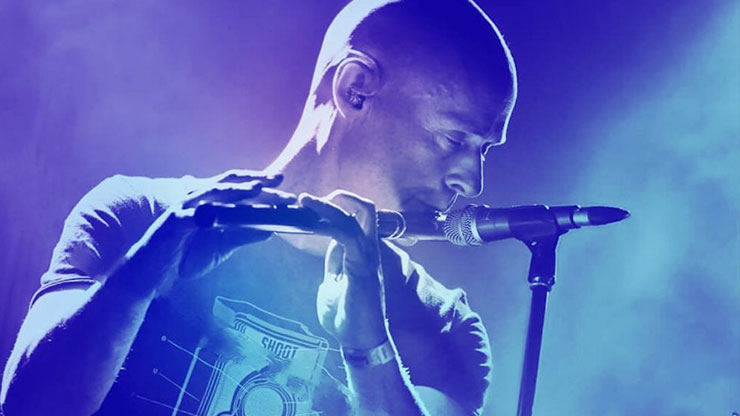 Brian Finnegan has fronted Flook for nigh on a quarter of a century yet steadfastly refuses to be defined by any genre or stereo typing. He may play flute and whistle, splendidly with a  deft lightness and atmosphere in every tune, but you’d be doing him a dis-service to call him anything other than a musician; and then one with a capital M! If you recall besides Flook and their fusions, he was in the more straight forward Upstairs In A Tent, then add in his session and live work with, (big breath) Cara Dillon, Anoushka Shankar, Bebel Gilberto and even Ed Sheeran. So, no small potatoes. As if that wasn’t enough he’s joined Russian roots rock band Aquarium and more recently his own group as well as the quartet KAN.

Busy though he is, the most tempting news leaks out that he’s recorded his first solo work in ten years and it’s a bit of a doozy. Obviously eyeing up Album Of The Year lists, ‘Hunger Of the Skin,’ is rammed with heavyweight contributors from across the globe playing everything from acoustic guitars to reading poetry, it’s unplugged and electric all at the same time and it mows down walls of genre like an out of control mule kicking a picket fence.

The whole thing’s preceded by a superb single ‘Flow in The Year Of Wu Wei‘ which is dazzling and has already won plaudits from RTE in Ireland. Check out the video.

Just goes to show that  lock down can produce remarkable results. Somewhat essential we here at Spiral Earth would advise.