If you’ve read any of my reviews of Nick Burbridge and McDermott’s 2 Hours albums in the past then you will know that I rate him as one of the best songwriters. Yep, full stop… OK so maybe that’s just my subjective view, but few could argue that he has a rare gift for songs that deal with the deep emotional complexities of the Anglo-Irish tradition as well as tender songs of love and remorse.

Being billed as the ‘final album’ from Nick Burbridge and McDermott’s 2 Hours sends my mind to a melancholic place, and inevitably demands contemplation of Nick’s oeuvre. Yet I find that his songs are so tied up certain points of my life that I can’t get anywhere near an objective appraisal of his career. So here goes with a personal and probably biased rambling odyssey that may, or may not, give you some idea of what makes him so damn fine. 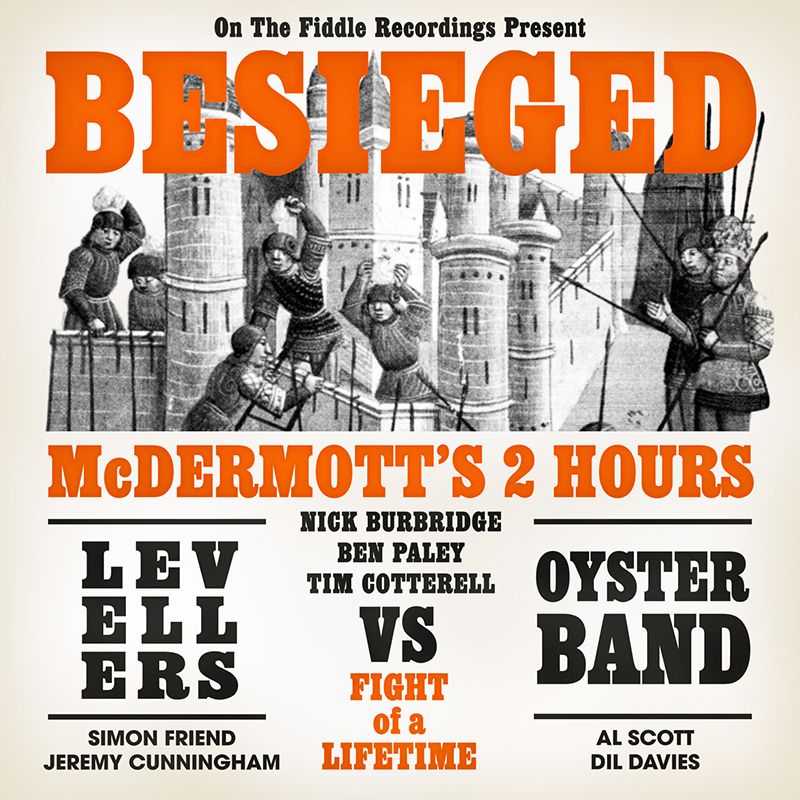 I don’t know about you, but the world we live in seems to be spinning wildly out of control. There is a white supremacist sitting in the White House with his tiny hand on the nuclear button. The vile language that seeks to scapegoat, dehumanise and demonise rules the headlines and airwaves. Another white supremacist slaughters worshippers in Christchurch, emboldened by this language, attacking the ‘other’ to somehow make their aggressive opinions sound in some twisted way sensible or even heroic. There is a line connecting that terrorist with a head full of white rage and Boris Johnson calling muslim women ‘letterboxes’ that is insidious and endemic in our culture.

Our oceans are infected with plastic waste, even in the deepest depths, micro-plastics are in all of us and all animals. A whale has washed up with 40kg of plastic in it’s gut, starved to death, yet gorged on our waste and profligacy. The climate is changing, whilst we ‘keep calm and carry on’, a mantra that has never sounded so appropriate and simultaneously horrific. Studies say that there are only about 60 harvests left in the world if we carry on destroying the soil with industrial farming and spraying poisons. Oh, and those poisons are instrumental in what scientists are calling the next great extinction event, insects are disappearing from the world, one of the key parts of the food chain. If we carry calmly on in this way we are fucked, pure and simple.

I’m as guilty as all of us in letting this happen, it’s as if I have lost touch with what and who I am, what I’ve believed in and stood up for. Anaesthetised by social media, battered by the ‘will of the people’, force fed over packaged food, dictated to by Bullingdon Boys and Eton toffs.

Maybe we are in the Tory end game, the neoliberal con trick instigated by Thatcher reaching it’s ultimate goal, turning the UK into a deregulated tax haven for the super rich. Mining and steel working has been ‘wound down’ (in their language) what next, car making, high streets and manufacturing in general? It was back there in Thatcher’s day that I discovered McDermott’s and The Levellers music, and found myself a voice to dissent with.

His songs often addressed the Irish communities experiences in the UK, along with the social realities of ‘the troubles’ (what an innocuous term that sounds). Something that I had no direct experience of, yet the immeasurable depth of compassion, anger and sheer humanity in the lyrics resonated with me. I have to confess that I never really ‘got’ punk, I was off with the trad music fairies at the time and it didn’t have much impact on me. However FOLK-punk literally blew me away and changed my outlook on life for good.

So here we are three decades later and I play ‘Firebird’ from Besieged and it’s like a drug waking up my jaded mind and I feel young again. I will carry the ‘make them dance before the storm once more’ line with me in my heart. All things must pass, but the music of Nick Burbridge will always have a place in my soul. If you have not heard any of his music, I shall gently forgive you and say that Besieged is a perfect album to start your appreciation of his work.