Ben Walker and Kirsty Merryn present Life and the Land 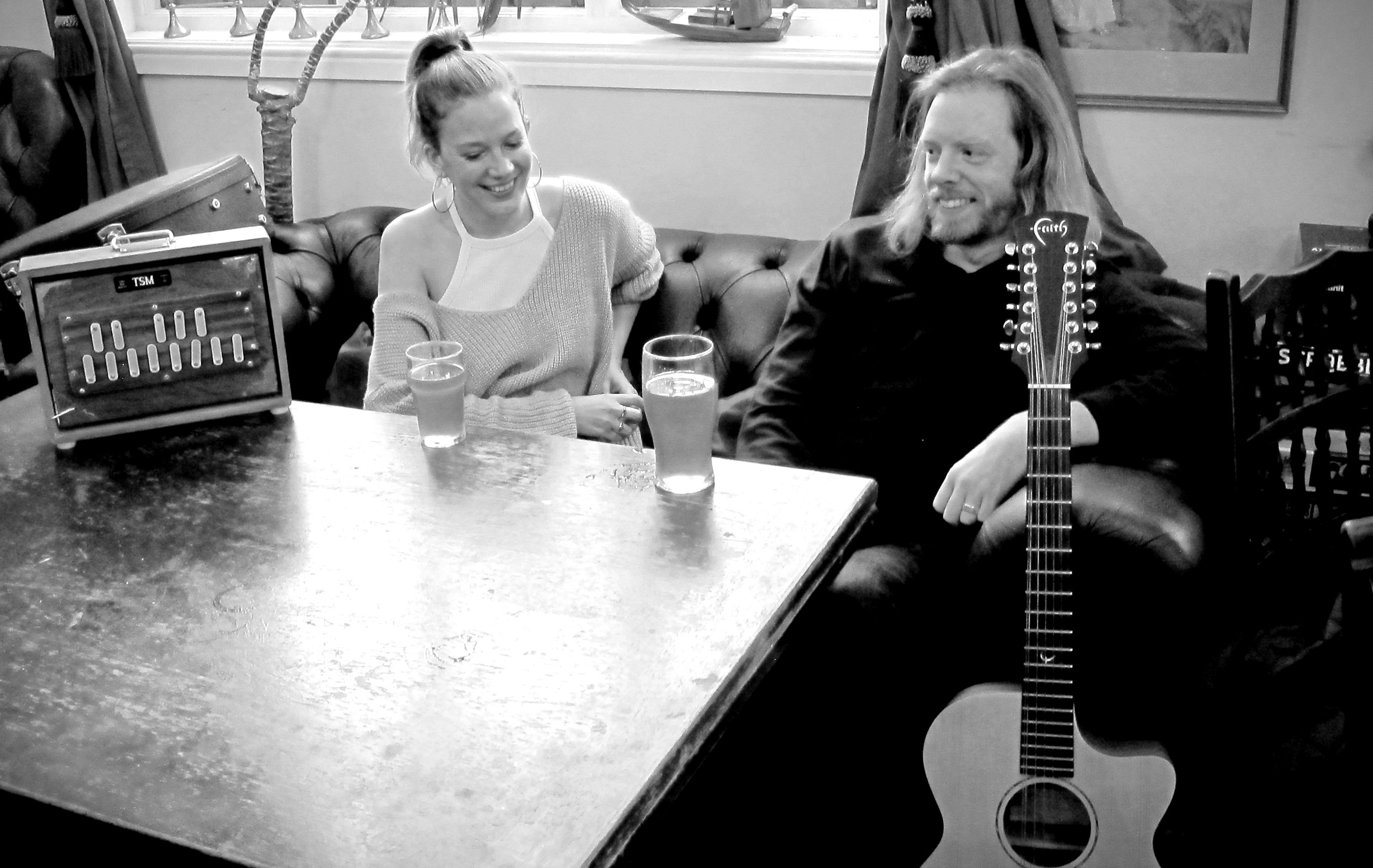 Life and the Land is a celebration of England’s harvest tradition, re-imagining songs born out of our agricultural past. Focusing on songs from rural England found in local archives and EFDSS collections, Ben and Kirsty are breathing new life into long-lost songs of the land; innovative composers and performers bringing eclectic influences from across the musical spectrum – from classical to jazz to electronica – as well as deep roots in traditional music. Both consummate musicians, contrasting and complementary styles combine to create a timeless sound, with Ben’s guitars and mandolin providing a perfect frame for Kirsty’s piano, harp and silver voice.

As Ben says ‘This project was born over a pint in the pub last September. We were talking about how it sometimes feels like we’re more and more disconnected from the land we live on, the food we eat, the people around us. We both wanted to explore how people have sung about their relationship with the seasons, with work, and with each other. It’s a huge pleasure to share this project with Kirsty, she loves the tradition but doesn’t only look back; she’s a fantastic interpreter of song.’

Kirsty adds ‘Traditional English songs carry so much history within them and really tell us where we came from. There’s a rich and beautiful tradition of celebrating the harvest, the culmination of a year’s worth of hard work and struggle. We wanted to recreate that idea of a harvest festival, the sheer joy of abundance, of a job well done. I’m so excited to be working with Ben on this, he is a formidable talent and I think our individual styles, skills and talents combined will make something remarkable.’

Ben Walker was recently hailed as one of ‘the best acoustic guitarists in the world right now’ by Total Guitar magazine. ‘A great guitarist, composer and producer’ according to the BBC’s Mark Radcliffe, his true passion is putting old jewels in new settings. After six critically acclaimed albums and a BBC Folk Award with singer Josienne Clarke and more than fifty records as a producer of other artists Ben Walker’s versatility has been sought out from punk to Proms, from Rough Trade to the Royal Shakespeare Company. Ben released a solo album Echo in 2019 to a rapturous reception, with folk music Bible fRoots calling it ‘a profound statement connecting past and present’.

Kirsty Merryn launched her debut album She & I in 2017 whilst supporting folk behemoths Show of Hands on their extensive UK Cathedrals tour. The album gained fantastic reviews and extensive airplay, with reviewers dubbing Kirsty “destined to be a big star” (Sunday Express). One of her tracks features on Show of Hands’ new studio album Battlefield Dancefloor and in early 2020 she will be releasing her much anticipated follow-up album, Our Bright Night.

Ben and Kirsty will be touring ‘Life and the Land’ throughout the traditional harvest period in 2020, and will release a limited edition EP in August 2020.