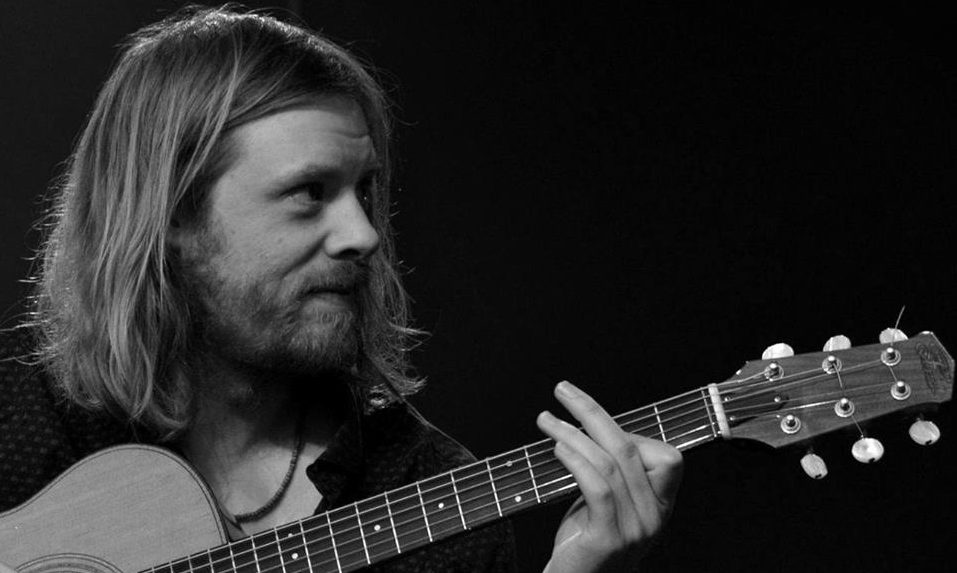 Ben Walker was recently hailed as ‘one of the best acoustic guitarists in the world’ by Total Guitar magazine. A BBC Folk Award winner, a versatile producer as well as a celebrated instrumentalist, he has a passion for putting old jewels in new settings, for bringing together traditional and contemporary music and for playing it like no-one else.

With six critically acclaimed albums as a duo with singer/songwriter Josienne Clarke and more than fifty as a producer of other artists, Ben’s signature style as a composer and arranger has been sought after from punk to Proms. His music has been described as ‘thoughtful’ ( Guardian ), ‘deft’ ( Telegraph ) and even ‘legendary’ ( Morning Star ).

His first solo EP – The Fox on the Downs was released in 2018, showcasing the complete mastery of his instrument. It was immediately picked up by Mark Radcliffe for Radio 2.

Ben has been developing a repertoire which is in equal part his characteristically virtuosic playing and a gently whimsical history lesson. He’s keen to share some lost treasures of our folk heritage alongside his compelling original compositions in this intimate instrumental set.

Catch him live on the following dates:

…and if you can’t wait ….here’s a sneaky peak of the incredibly talented Ben in action !!