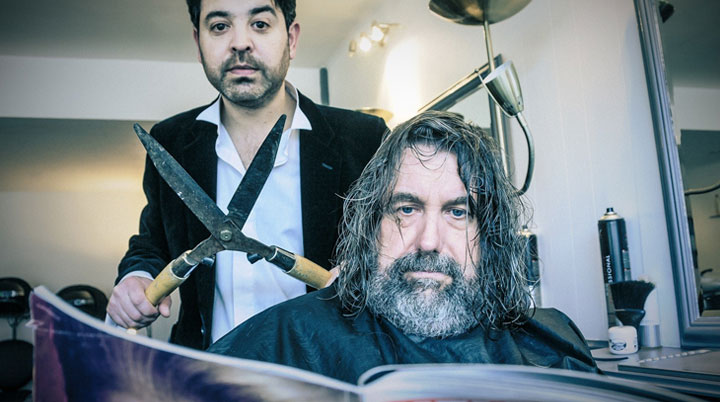 Belshazzar’s Feast start with traditional folk music, add a touch of classical and jazz, throw in a bit of pop and music hall, and top it off wry humour for a unique live experience that has made them one of the most popular duos in English folk music.

Now in their twenty-first year together, Paul Sartin and Paul Hutchinson of Belshazzar’s Feast bring a wealth of talent to the stage.

Paul Sartin is a member of the multi-BBC Radio 2 Award-winning big band Bellowhead and of Faustus. Consultant and Director of the Andover Museum Loft Singers, he is author of ‘Community Choirs Collection – Folk’ published by Faber Music, an editor of music publications, and a BASCA-nominated composer whose commissions include works for the Central School of Speech and Drama, the Choir of Somerville College, Oxford, and Streetwise Opera.

While Paul Hutchinson is the founder member of the innovative and progressive folk band, The Playford Liberation Front. His highly successful folk trio Hoover the Dog has recently morphed into the quartet Pagoda. Paul’s own compositions were published in 2012 (Food For Thought) and a second volume is in the pipeline.  He is the resident accordion tutor at Cecil Sharp House and is a seasoned tutor at Folkworks and Halsway Manor and leads ensemble workshops far and wide, and is gaining impressive media coverage from his new band Pagoda Project.