Belshazzar’s Feast to hang up their Grapes in 2021 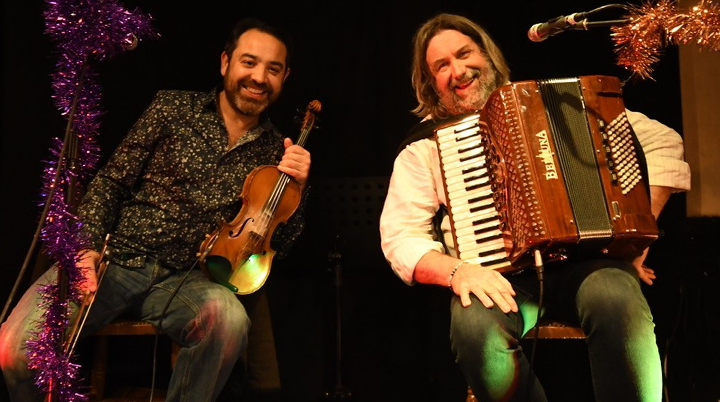 Belshazzar’s Feast has brought some traditional folk music,  a touch of classical, a smidging of jazz and music hall and swathed it all in a wrinkled anorak of merriment, to give their fans (‘all six of them’)  a unique live experience for the the last 26 years.  Paul Hutchinson (accordion) and Paul Sartin (oboe, violin and vocals) shared a musical passion borne out of the desire to earn sufficient money to support their extravagant lifestyles. Their amazing musicianship coupled with wry humour has entertained audiences all over Europe, the States and Down Under.

But in a statement released today, it was announced:

“The end is nigh…

It is said that all good things have to come to an end but there are exceptions to all rules. And so it is with Belshazzar’s Feast.

We think we have been touring for 26 years now and Paul H isn’t getting any younger, so it is with regret that we announce that our last tour will take place in May 2021.

We would like to thank our many loyal fans for their undying support, we know all six of you. We hope that in the remaining time we can visit most of the country to say goodbye.”