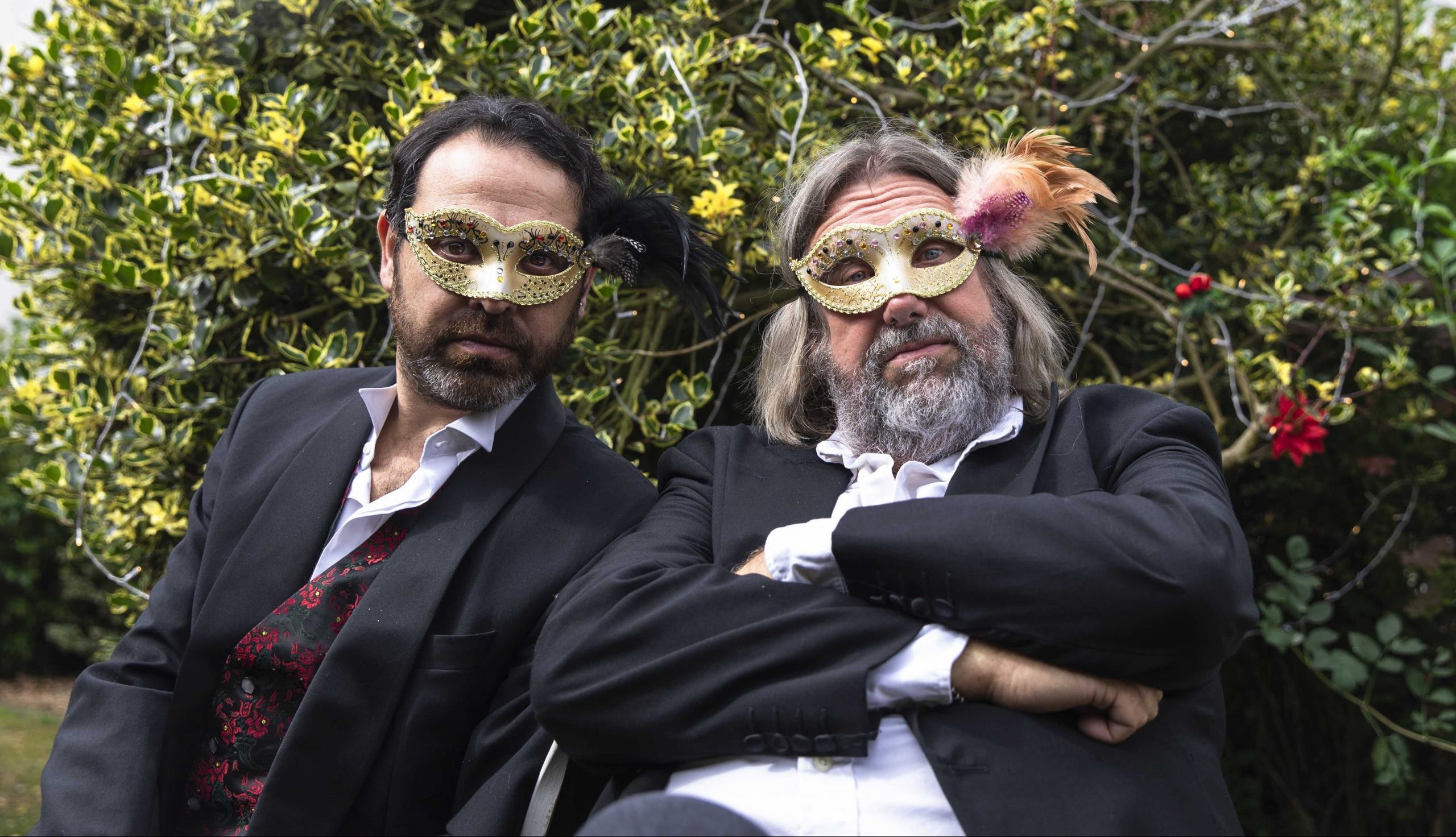 With a new album out in time for their Christmas tour, the wickedly inventive and beloved folk duo are celebrating over 25 years together

Looking back over their career, the CD album will certainly be one to treasure, featuring new music plus fresh arrangements and recordings of the duo’s favourites.

The ‘Mistletoe & Whine’ tour will be Paul & Paul’s last full-length Christmas fling, with future outings being shorter affairs. Audiences look forward to the annual Christmas tour with great anticipation. What awaits them is an inspired mix of seasonal carols, songs and tunes (both modern and traditional), which combine to create a heart-warming, beautiful and frequently hilarious evening of music and entertainment)

The acclaimed musicians. Paul Sartin (oboe, violin, swanee whistle and vocals) and Paul Hutchinson (accordion) are notorious for their superlative ability, wit, rapport and depth of experience. Together they have entertained audiences across the UK, Australia and beyond with their eclectic and eccentric mix of tunes, songs and humour that sends audiences home with a smile. Belshazzar’s Feast have released nine critically acclaimed albums across their twenty five-year career. Their first winter-themed album, ‘Frost Bites’, earned them a nomination for Best Duo at the BBC Radio 2 Folk Awards.

“Paul Hutchinson and Paul Sartin play like no-one else you’ve ever heard. Their music is breath-taking and wickedly inventive and the between-tunes interchange as intelligent and hilarious as the music. But don’t let me give you the impression they’re a lightweight comedy act: they finish the set with a haunting piece of oboe and accordion magic which has the audience spellbound.”
BBC Radio 2 Mike Harding Show 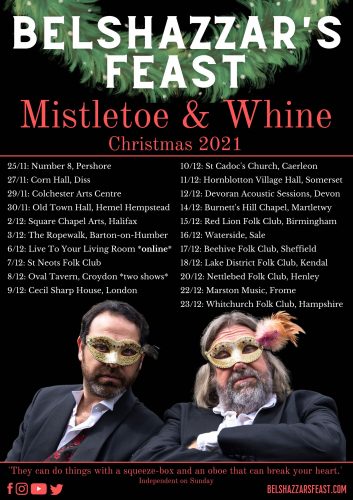