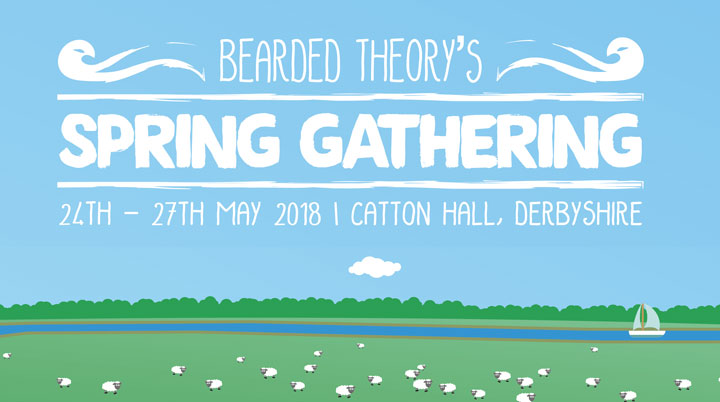 Bearded Theory, a multi award-winning, family friendly festival, taking place at Catton Hall, Derbyshire over the late May Bank Holiday, has today announced plans for an ambitious food donation campaign to take place at this year’s event.Bearded Theory Festival.   They have partnered with Derbyshire FoodBank charity, The Padley Group, to launch a major “FoodBank Holiday” donation drive at this year’s event.

The target is to collect at least 5,000 appropriate non-perishable food donations from festival goers during  the festival, which takes place over the late May Bank Holiday Weekend. If achieved, that will increase the number of food parcels the Padley Group can provide this year by around 25%.

Bearded Theory’s “FoodBank Holiday” campaign encourages everyone to bring one item of healthy, non-perishable (tinned, dried or longlife, unopened and in-date) food for donation on arrival at any of the festival’s car parks and entrances

All donations will go to Derby’s Padley Group, a registered charity and Queens Award for Voluntary Services-winning foodbank, homeless services hub and development centre. Established more than 30 years ago, Padley Group feed around 70 people a day, 7 days a week at their homeless centre, and a further 30 per day at their development centre Monday – Friday.

The Padley Group will also run a “donation location” stall, where festival-goers can bring donations at any time over the weekend, and also learn more about their valuable work in the community.

Lastly, volunteers will be traversing the campsites as people pack up, encouraging final donations of any suitable leftover items. More than 5,000 donations are expected across the weekend – enough to provide more than 400 extra food parcels to the most vulnerable members of society.

Sally Booth, Bearded Theory’s “FoodBank Holiday” co-ordinator says,“As a veteran of many music festivals I have been shocked at how much food is often left behind, with people choosing to throw it away, rather than carry it home. That then led me to thinking that at Bearded Theory Festival, we could not just collect these leftover tins and donate them to a local foodbank, but do something on a much larger scale!   By asking our fabulous festival goers to also bring just one item each for donation to the Padley Group, we can make meaningful positive impact on the most vulnerable people within the community that hosts our festival each year”

The Padley Group is committed to working with people who are disadvantaged and in different kinds of need.  By accepting and valuing each individual and making available the inter-related facilities of Hostel, Day Care, Therapeutic Learning and training opportunities, the Group provides support in practical ways to help people grow in confidence, self esteem and skills.

The unique partnership ensures that volunteers, churches and a wide range of organisations are enabled to make their particular contribution to the community through the work of the Padley Group.

In 2017 alone the Padley Group served 20,552 meals across both sites, handed out 1775 emergency food parcels to people without enough money to feed themselves, and provided emergency accommodation for 169 different people in their hostel.