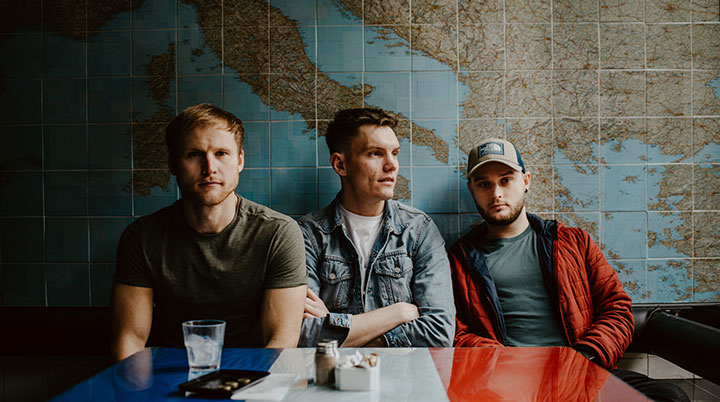 Curated in Edwyn Collins studio, which for those who didn’t know is at Helmsdale way up on Scotland’s north east coast, just off the A9. The former leader of Orange Juice retreated from the hubbub and relocated there to find peace of mind. Project SMOK with avowed intent to marry Celtic trad with pop inclinations found it a perfect nursery for their debut, tranqulity, inspiration on the doorstep and advice from someone who’d been at the centre of things. With a line-up of pipes, whistles, percussion and acoustic/electric guitars and a list of guests as long as your arm offering flutes, concertina, bass and drums (Collins himself,) you’re almost guaranteed something decent before you’ve heard a note of music.

Ten tracks including a live folksy rejigging of the old Orange Juice hit, ‘A Girl Like You,’ are quite a statement of intent, whilst it may not totally blow your socks off, ‘Bayview,’ is an impressive salvo across the bows of those with too purist thoughts. The music is lively, starting with a riff on whistle which develops into a meld of bounce along riffing and nod to the ability to reel as in ‘Mountain Road,’ a weld of two tunes at opposite ends of a ceilidh. You’re talking here more Michael McGoldrick than Martyn Bennett or cousins three or five times removed NiteWorks who turn Highland sources inside out during the creation process. ‘Ceitidhs,’ is quiet contemplation, the calm after the storm, the ideal soundtrack for a golden sunset. Respectful though reaching into differing spheres, ‘A Girl Like You,’ has the requisite lift and skirl, to make it an obvious encore at future gigs.

Next time more modernisation please lads, progress down that road marked electronic but as long as it doesn’t bury the inherent roots it’ll be fascinating. Meantime kick off your contemporary Caledonian account here.