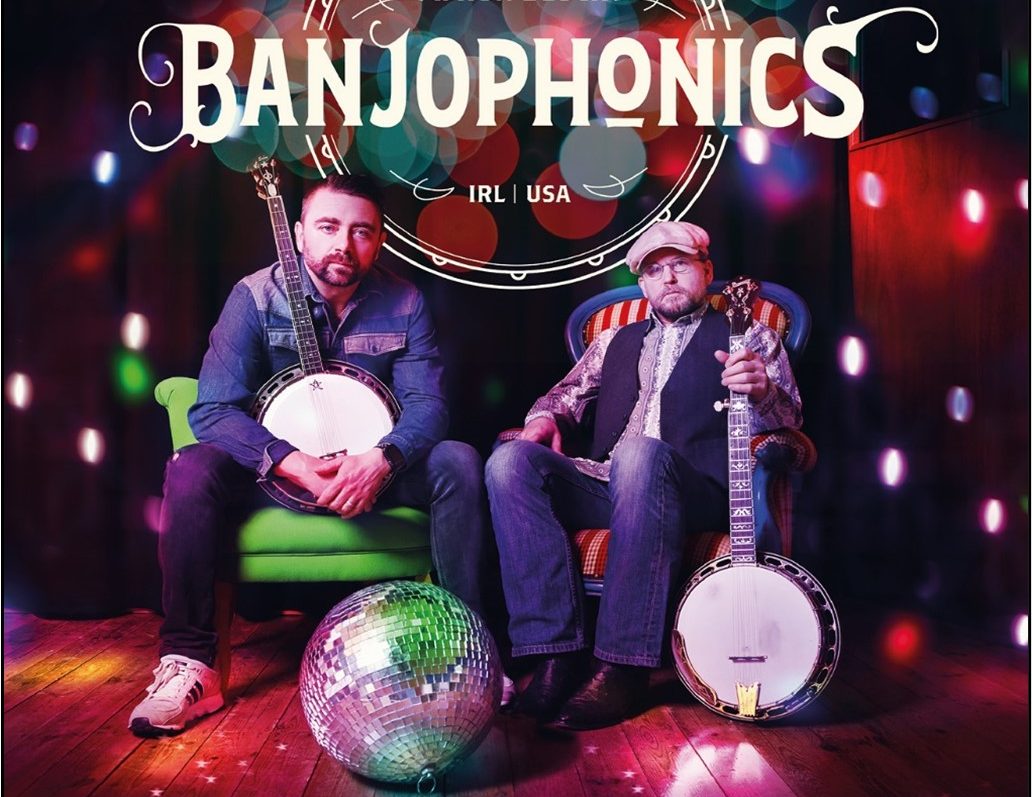 Four years on from their debut album Coleraine’s Damien O’Kane and California’s Ron Block will revive their spectacular partnership in a second release celebrating the unbelievable scope – in their brilliant hands – of the humble banjo. 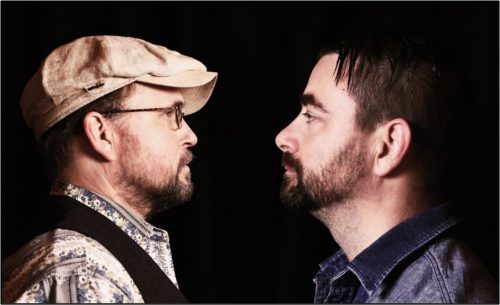 A perfect, exuberant antidote to these troubled times Banjophonics is an out-and-out riposte to low spirits, guaranteed to put a smile on your face whilst toasting the importance of family and friends.

It’s a release that has already caught the attention of Ireland’s banjo ace Gerry O’Connor, who has been described as “the single best four-string banjoist in the history of Irish Music” as well as America’s great Ricky Skaggs – a legend in the bluegrass world.

Not that it has had the easiest of arrivals. Says Damien: “It’s been a long while in the making. We began recording back in 2019 when Ron was visiting the UK to teach bluegrass banjo at the Sore Fingers Music School in the Cotswolds. We recorded six tracks at the Pure Records studio and another two on his return the following November, aiming to complete in April 2020 when Ron was due back in the UK again. Then COVID came along and closed the airlines so we put down the final five tracks remotely, on different sides of the Atlantic.”

Widely regarded as two of the greatest exponents of the banjo, their transatlantic tune trading began in earnest in 2018.  With two bold and acclaimed solo albums to his name – the 2015 BBC Radio 2 Folk Awards ‘Best Album’ nominated Areas of High Traffic and 2017’s Avenging and Bright, O’Kane thought it was high time to join forces with a musician he had long admired – Alison Krauss & Union Station’s banjo star and multiple award winner Block (no less than 14 Grammy Awards and six International Bluegrass Music Awards to his name for starters).

Here’s a sneak peak of 3 tracks on the album:

Their 2018 debut album Banjophony met with widespread critical acclaim  being chosen as one of The Guardian’s albums of the month.  Now the bumper 13-track Banjophonics of originals and covers builds on a growing connectivity the musicians have found, fusing their styles and putting the Irish tenor banjo and five-string bluegrass banjo centre stage. Says Damian: “The title reflects the sound we think we make – it’s a definition of our music.” It’s a joyous, life-affirming joust, barely pausing for breath – fast, frenetic fireworks punctuated by more reflective melodies. And it’s not totally a tunes album; it offers two songs where O’Kane and Block showcase their contrasting, fine voices and also add backing vocals to each other’s track.

Co-produced by Damien and Ron and the in-demand Josh Clark, Banjophonics melds the duo’s differing styles to captivating effect, the musicians demonstrating a high level empathy. 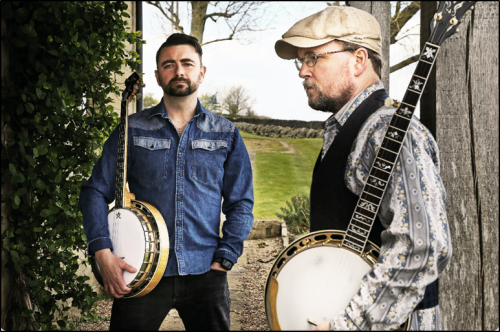 The end result is a peppy, thrilling rollercoaster ride which showcases an instrument that proves incredibly versatile in the right hands – both showy and subtle. The pair are joined by a host of stellar guests – the U.S. contingent comprising mandolin star Sierra Hull, double bassist Barry Bales and percussionist Jay Bellerose. From this side of the pond, the star-studded list continues with  regulars Steven Byrnes on guitar, Duncan Lyall on double bass and Moog and Josh Clark on drums and percussion and single track appearances from the inestimable Michael McGoldrick on whistle, David Kosky on guitar and Kate Rusby on backing vocals.

“I was utterly blown away by these guys. Exquisite musicianship” Ralph McTell

Banjophonics is an album that will surely silence the banjo disbelievers with its feel-good charm, fun, love and pure skill. It defies anyone to be left sitting with a glass half-empty.

The album is officially released July 1 on the Pure Records label and Damien and Ron set off on a 16-date gigs and festivals tour on June 30 ending at the Rusby family’s Underneath the Stars festival at the end of July.

(An October tour of Ireland and Northern Ireland will follow.)