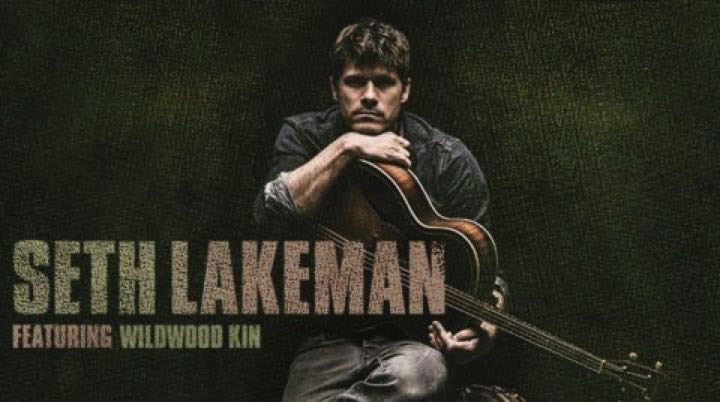 Seth really doesn’t seem to like studios, recording in quirky locations is more than just a foible, with the acoustic of a distinctive space giving each and every album a distinctive ambience. He has set up shop in everything from his parents kitchen, a church and an abandoned mine, this time it was the hall of a Jacobean manor house.  Here the vocals sound very intimate, the whole album being interwoven with the harmonies of Exeter based female trio Wildwood Kin (indeed the album is billed as ‘Seth Lakeman Featuring Wildwood Kin’).

Producer Ethan Johns has overseen a pared back approach to this album. Seth’s vocals are deep and soulful, channelling a dusty southern gothic feel to the whole recording and John’s Americana pedigree certainly comes out. Not that Seth is any stranger to a stripped back approach, Kitty Jay being the prime example, what has been taken away (and some may miss) is the pace and speed that he used to such great effect in many of his songs – Ballads of the Broken Few really goes all out for that soulful grit.

Having a high profile producer is part and parcel of being signed to a recognised label (Cooking Vinyl in this case), and name checking their past work is an integral component of marketing an album, Ryan Adams, Kings of Leon, Ray LaMontagne and Laura Marling are the names invoked here (they also mention Paul McCartney and Tom Jones in the press release, hopefully they were less relevant here). But fundamentally I really don’t think that Seth needs a big time producer; brother Sean captured the foundations and spirit of his talent all those years ago in the family home. That album being nominated in the Mercury Music Awards over a decade ago was his big break, what makes it a classic is that he got it all just right from the get go.

Seth is at his most engrossing and engaging when you feel the intensity of his passion coming through, and more often than not that is expressed through the contrast between bombast and calm within arrangements. As that is dialled back the dark and light is diminished, at this point in his career I want to hear him taking some risks, whether Johns is the right producer to facilitate that is moot. Having said that, Ballads of the Broken Few has much to recommend it, we will have to wait and see whether it marks a whole new direction.