Back to the Yellow Hills – Richard Moss 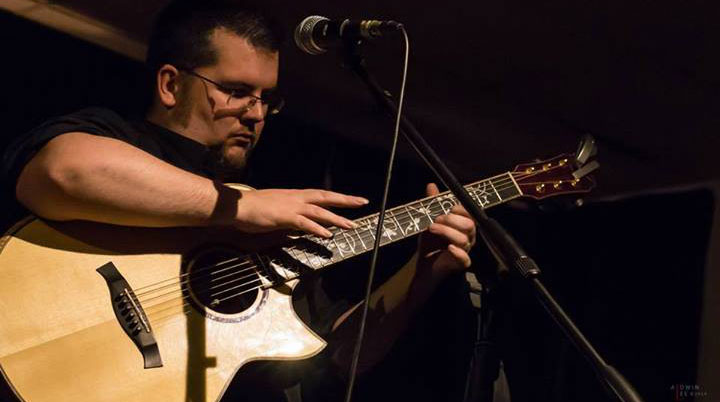 Richard Moss’s new album “Back to the Yellow Hills” contains moments to make your heart beat that little bit faster. A fantastically accomplished guitarist and mandolin player and a member of bands such as Irish powerhouse band Drop the Floor, ceilidh band Union Street and duo Squirrels in Space, Moss’s album brilliantly captures the music and words of the Northwest of England in offerings such as Robert West Whalley’s ‘Pendle Sally/ The Pendle Reel’, included in the Blackburn Times in 1890, and ‘The Garland’, a poem by the ‘Lancashire Burns’ Edwin Waugh. He also delivers excellent interpretations of well-trodden songs such as ‘Green Grows the Laurel’ and ‘Hard Times Come Again No More’. His passion for bringing alive the poems and melodies inspired by the Northwest is evident.

However, where Moss gets really exciting is when he properly gets down to unleashing his own creations. With a background not only in folk, but in ragtime, blues and contemporary fingerstyle, he is amply equipped to bring something new and exciting to the table. And he really does; his two self-penned instrumental tracks ‘Back to the Yellow Hills’ and ‘Leaving Mount Vernon’ are beautiful – complex and multi-faceted while also firmly entrenched in traditional folk. Also in a different league are his energetic, original arrangements of traditional songs such as ‘The Silent Walkabout’ and ‘The Black Cook/ Blackies Polka’, which includes a rousing culmination perfectly designed to have you dancing round your kitchen.

Moss’s vocals can very occasionally get lost in the energy of his instrumentalism, but careful acapella songs such as ‘The Press Gang’ give him a good opportunity to showcase his other instrument. All in all “Back to the Yellow Hills” is an accomplished, well thought out, well executed album. As with so many folk albums, however, I suspect that the real thing will be streets ahead – I’ll be looking out for Richard Moss at festivals and will be very interested to see what happens when he really lets his originality shine – he is an exciting, original and much welcome asset to the contemporary British folk scene.