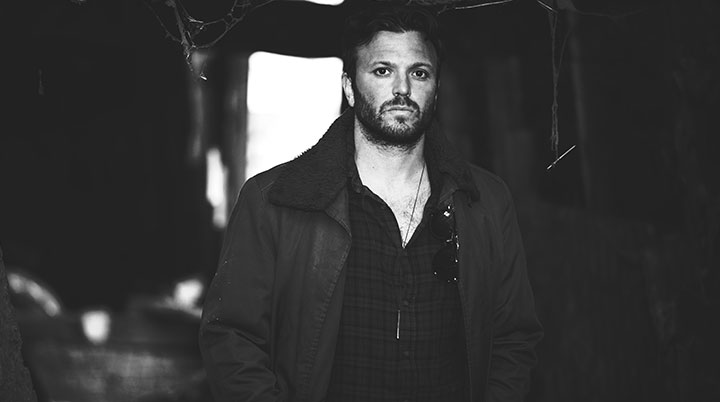 Arizona is the debut solo album from Dave Burn, previously of the alt-country band ahab. That band split back in 2012 after gathering a strong following and critical respect. Dave’s return with an album that contains the core DNA of ahab with greater horizons is a real treat. I’ll be honest here and state for the record that I was a big fan of ahab; they started out as a duo (Dave being one of the founding members) and ended up being a five piece that went down a storm at festivals.

With Arizona, Burn claims the ground that ahab vacated and then some. It soon becomes apparent that he was a large part of the talent in the band – comparisons to which are probably pissing him off by now – yet it is inevitable with his first body of work for four years.

With the current boom in British Americana music, Dave has more cred than many as he has spent a good deal of time in the US. A large chunk of his family decamped there in the 1970s and the young Dave spent many summers with his Grandad in Arizona. The desert, sky and sun must have soaked into his psyche as it pours through in his songwriting.

Americana is a fashionable term that we often use when something is actually just folk or country, Wikipedia defines it as: ‘…an amalgam of American folk music formed by the confluence of the shared and varied traditions that make up the musical ethos of the United States; specifically those sounds that are merged from folk, country, blues, rhythm and blues, rock and roll…’ Arizona is a shining example of that confluence, while it also grasps something missing from that rather dry definition – atmosphere.

The band Dave has assembled is superb and captures an atmospheric reality set somewhere between Neil Young and Calexico. Album opener ‘Fine Company’ sets the bar deliciously high, backing vocals from Kirsten Adamson in particular act as a fine counterpoint to Dave’s vocals. The album brims over with atmospherics, by turns uplifting, soul searching and very human. Burn sings them beautifully, capturing the right balance between emotional honesty and sparkling charisma.

There is certainly no drop off in quality from that rousing start, Burn has avoided padding of any kind on this brilliant solo outing. It proves Dave as a great songwriter and musician, building on everything he experienced as a part of ahab. As an artist he is not afraid to dig deep into himself, and Arizona proves that he has found his feet in a very confident manner indeed. We’ve had it on repeat for many weeks now and it never loses its sparkle.

Arizona is out now and you can buy it here