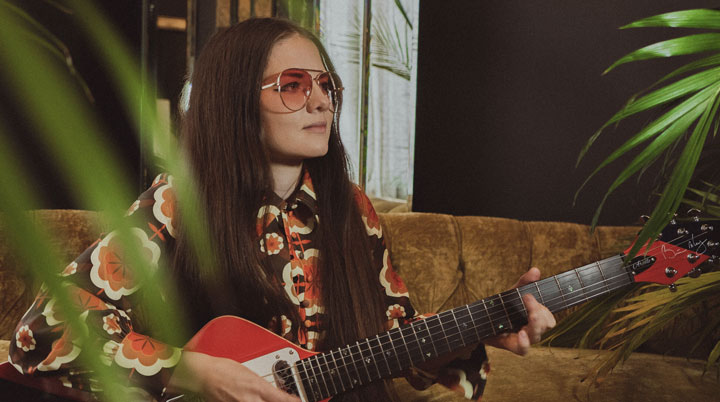 Born in the US, but a self-proclaimed wanderer, Arielle began studying music at the age of 5. A child prodigy, she was discovered in 2010 by Extreme’s guitarist Nuno Bettencourt. In the years that followed, she has made a name for herself touring throughout North America and the UK, opening, and playing with Heart, Joan Jett, Graham Nash, Country Joe McDonald, Joe Bonamassa and many more. 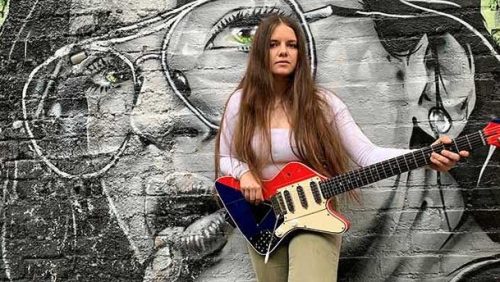 At the age of 18, good fortune ensued when Arielle was handpicked by guitarist Brian May for a key role in the London-based musical “We Will Rock You” – a production based on the songs of his band Queen. Says Brian: “Arielle is an awesome musician. She is a truly phenomenal player, with an ability to produce the most beautiful tones as well as technical mastery. Arielle’s playing reaches places I never knew existed.”

Arielle is a young woman who was born in the wrong generation. Facing depression in being a child of the new millennium versus the boom of musical creativity that emerged in the Sixties and the Seventies, she’s a 21st century artist who recorded half of the new album in digital,and the other half in tape, to try and capture the impact the music she loves – Fleetwood Mac’s ‘Rumours’ meets something new. “I take and protect those principles inside my music,” says Arielle. The new album takes you on a journey through the trials, tribulations, and confusion of an old-school artist in a fast-paced world.”

Her new album “Analog Girl In A Digital World” has just been released and you can catch Arielle perform livestream concerts on June 17, July 22, and August 19, 2021 via www.noonchorus.com/arielle.

Personally signed copies of the album can be pre-ordered on vinyl and CD from https://smarturl.it/officialarielle