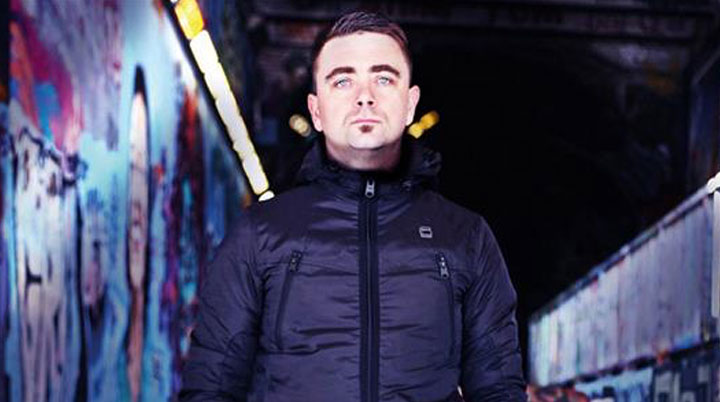 Areas of High Traffic is the follow up to Damien’s 2010 album Summer Hill. This album sees Damien tackling some of the most popular and iconic trad Irish songs. Simply put, many of these iconic songs are so over done that O’Kane has avoided them for years, yet his love for them has drawn him back. Damien doesn’t do ordinary, so in the process of approaching, arranging and producing these trad gems he has ripped up the rulebook and got right to the core of them.

The arrangements are a melting pot of contemporary influences, O’Kane moulds it all into an energised album. It also feels like the most honest album he has produced, it’s a record that says ‘this is me, this is my Ireland, my heritage and my celebration.’

Well known songs like The Blacksmith, Erin’s Lovely Home and The Banks of the Bann are approached from a totally different angle. That in itself makes for a good album, but what makes it great is his utter and complete connection to the material. There is an empathy at work here that finds new depths in the material, and one suspects within O’Kane himself.

There are two original tunes by O’Kane on the album, The Goddaughter Part 1 and Interlude for Mama, which both showcase his originality and ability beautifully. The band he has assembled is superb; Steve Iveson on guitar, Anthony Davis on keyboards, Cormac Byrne on percussion plus of course Damien’s own not inconsiderable instrumental skills.

It’s a bold album, full of invention and twists that makes it so much more than just an album of popular trad material. Let’s hope he doesn’t leave it another five years before following up this one!
Iain Hazlewood