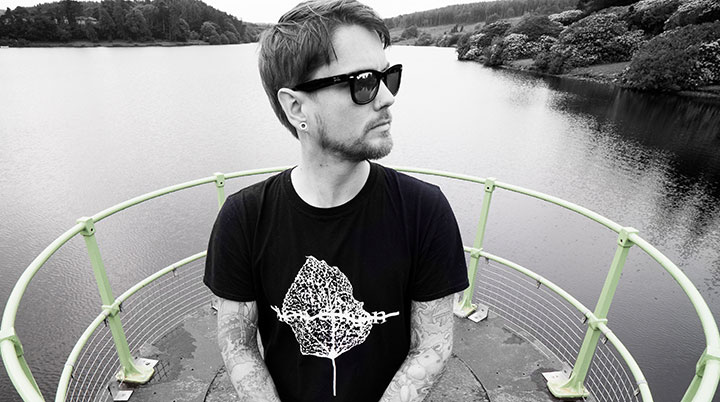 Gaz Brookfield is a solo acoustic musician, based in Bristol.

Since winning Acoustic magazine’s, Singer/Songwriter of the year, back in 2010, he has spent his time on the road, touring the UK and Europe. In this time he has had the pleasure of sharing the stage with the likes of Levellers, Frank Turner, The Wonder Stuff, New Model Army, Seth Lakeman, and many more.

Often playing up to 200 gigs a year, Gaz’s relentless tour schedule has taken him to every corner of the country and beyond. Upon the release of his fifth studio album, “I Know My Place”, (released December 2016, and available to stream and download on most digital platforms, and on CD and Vinyl via Bandcamp), the subsequent tour sold out at nearly every venue. More recently he took his band, The Company of Thieves, (named after his 3rd studio album, In The Company Of Thieves), on a tour around the country, and these gigs all were either sold out, or very close to it!

Gaz was also the first independent artist to sell out Bristol’s The Fleece, and Bierkeller. With the recent sad demise of the aforementioned Bierkeller, this year Gaz and band hope to achieve similar success at Bristol’s, SWX, on December 15th.

A festival favourite, Brookfield has played over a hundred festivals in the last few years, including Glastonbury, Beautiful Days, Bearded Theory and Boomtown Fair.   Having been the first unsigned act to sell out the Fleece at their big end of year gig in Bristol for the last seven years, Gaz and the band have now moved this event to SWX (details below) and are now hoping to be the first unsigned act to sell that out too !!

With all that under his belt,  without the aid of a manager, agent or record label …this proudly independent musician must be worth checking out surely ?!

Once Upon A Time In The West Festival (tickets)

Glasgow, The Hug and Pint

York, One For The Road Festival, The Fulford Arms (tickets) | (tickets)

You can also find him on all the usual social media platforms: