An Ounce Of Gold – The Choir Of Ghosts 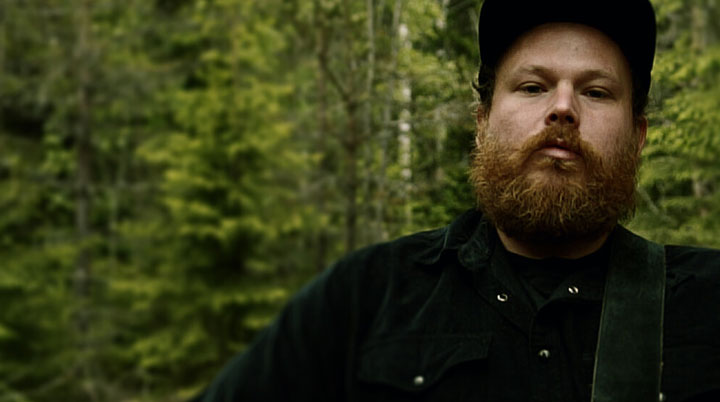 What’s all this about? Thick Scandinavian forests, the icy wilderness, deep snow… The Choir Of Ghosts is, as you’ve probably figured out from the name alone, an alter ego for strummer/singer James Auger who’s based in Sweden and writes songs of personal sorrows, joys and just plain growing up in today’s difficult world.

He’s particularly concerned with the development of self and character, resilience, learning to take the ups and downs. Maybe his imagery quoted from the press release is more about giving a background and sense of place than a way to analyse his music which for the most part is simply constructed, finger picking guitar, a rough but attractive vocal and acoustic backing that’s rooted in sounds which are Pentanglish. Take ‘Outside The Window,’ as an example of his roving creation, a song of returning home and gratitude for a secure retreat which also references the natural elements of living in Sweden, ‘ no sun in December or night in June.’ Just the same in the Canadian north chum! His works maybe deft and straightforward in delivery but once you’ve understood what motives and moves Choir Of Ghosts then this album reveals charms and revels in unfussed easiness.