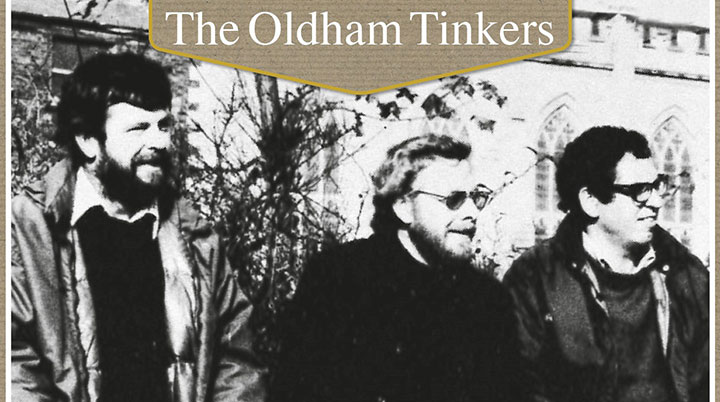 Topic Records has provided a home for the recordings of many leading folk artists over the years. So, they’re perfectly positioned to be releasing a series of keenly priced introductions to musicians like Martin Carthy, June Tabor and Martin Simpson. Many of these artists with long established careers that you might think have no need of introduction. None more so than the subject of the latest in this series, The Oldham Tinkers. Theirs being a career that stretches back to a chance meeting in 1965 between old school pals John Howarth and the brothers Kearns, Larry and Gerry. Whilst their career has involved performing for the Queen and being championed by DJs Andy Kershaw and John Peel, there will be some out there, even Lancastrians, that need to be made aware of this enigma from England’s North West.

Their career spans five albums that were later remastered and expanded from the original vinyl issues to include tracks released earlier on seminal Topic compilations, ‘Deep Lancashire’ and ‘Owdham Edge’. As live performers, they give their audience a laugh in a manner that’s reminiscent of Lancastrian comedians such as Les Dawson. However, as ‘An Introduction To The Oldham Tinkers’ reveals, to dismiss them as just a comic act would severely underestimate their talents.

Personally, I would have preferred a little more of their humorous output on this compilation of their work. However, the record opens with one of their finest with ‘Oldham’s Burning Sands’ and its somewhat bizarre juxtaposition of Oldham as a stereotypical damp North West town and the habitat of the Egyptian desert with its warmth and more exotic harem – not quite what you’d expect of a ‘folk’ record. More in line with that expectation are tracks like ‘Peterloo’ which charts the tale of the Manchester massacre in words from local dialect poet, Harvey Kershaw.

Their most moving material comes from observations of the daily working life of families and relationships that will resonate with many people. The closing ‘A Mon Like Thee’ is a tale of welcoming all that come to your door – a timely reminder in times of mass migration. On ‘Best O’t’ Bunch’, the story of various family antics has a twist of gallows humour at the end, literally, as we hear the narrator is awaiting death by hanging in his prison cell.

Rumours abound of some new recordings from The Oldham Tinkers being in preparation and they are set for a first appearance at London’s Cecil Sharp House in early 2019. So, if you’re looking for a taster of their music ready to make the most of this special appearance or simply curious about what you’ve been missing, look no further than ‘An Introduction To The Oldham Tinkers’.