All Our Back Pages. 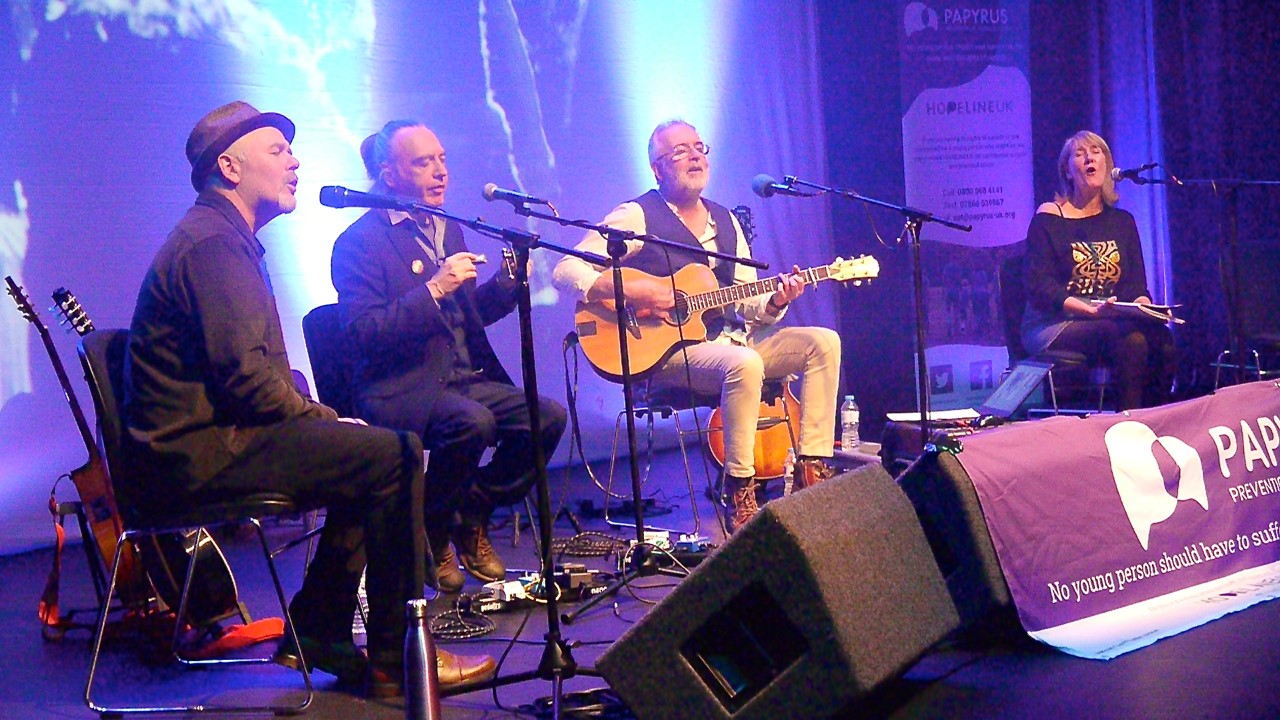 Once they had another life entirely. Merry Hell, Wigan’s Chosen Few, were altogether different, they were a raucous, rough round the edges, cavorting troop of innocence, wonder and indie thinking, producing a free-wheeling melodious mix of alt rock and roots which were proudly displayed for anyone to hear. The Tansads – as they were then-  were wonderful, I loved them dearly and still do. Merry Hell proudly carry the torch which they lit all those years ago.

If there was ever a band who knew their home turf it was The Tansads, they were England’s north west set to music. They sang of cobbly back yards, frying pans, living on the dole, surviving on egg and chips, nights on the ale, with blissed out naivety. All they were missing was a flat cap and a shed with pigeons. They bounced around the stage, moving erratically with a kind of kinetic energy. Their gigs were never predictable yet always memorable. When I met them initially they seemed rather bemused by the fact a writer from a rootsy publication had come to interview them. ‘What is folk then?’ John Kettle asked me in between my questions, ‘I’ve got a Roy Harper album at home, is it like that?’ God, they were brilliant!

So here we are, a Sunday afternoon in a cold but sunny Runcorn, gathered at what is in reality a charity concert for vulnerable children, the first of two at which the core of the band – that’s everyone with the Kettle name – are sitting in a semi-circle swapping songs and stories from all their yesterdays. It almost feels like you’re in their front room, the fire’s roaring and any second one of them will get out a toasting fork and serve crumpets with butter. You could say the atmosphere is homely… but then that’s the intention. Settle back in your arm chair, sorry, theatre seat and listen. 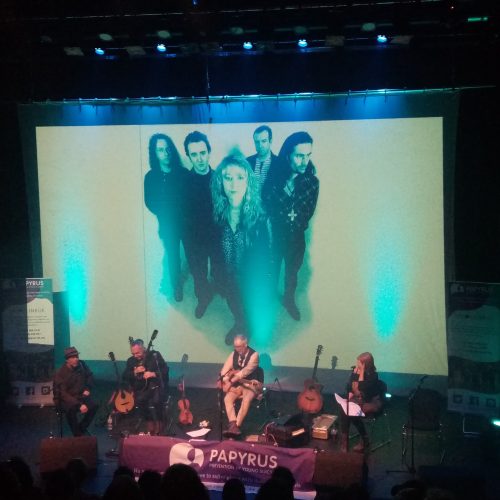 ‘Lost Songs,’ came to the musicians when lockdown was somewhat lifted and whilst they couldn’t gig, due to bubbles they could at least meet as family and play. What they chose to play were numbers not unearthed in quite a while. Enjoying the archaeology a limited edition CD appeared and disappeared, selling out rapidly. This show’s a logical extension of that idea. Split into two sets there’s a Tansads and Merry Hell selection both chock full with an embarrassment of riches.

Over the three hours raiding the Kettle family song book offers up such gems as ‘English Rover,’ with its mandatory sing along chorus, ‘Camelot,’ a dance number which reimagines Arthur’s mythical city just “down the old M5, up the ancient M1.” Due credit is paid to early vocalist Janet Anderton with a reading of the drop dead gorgeous ‘She’s Not Gone,’ Virginia Kettle nailing the soul and angst of the song. All this enlivened by tales and stories of a young band let loose on the road, the best of which concerned  a drunken Andrew Kettle deciding his family deserved a gravel path and transferring the pebble covering from a chateau drive into the tour van! Musically the most arresting moment – amongst many-  arrives with ‘Emerald Green,’ Virginia’s anti-war song, which reminds you how conflict stretches relationships to lengths those not involved can easily comprehend. Its simplicity and charm, bittersweet lyric, waltzing melody was enough to break even the hardest heart. Showing you just how much they’ve progressed since their more care free days. 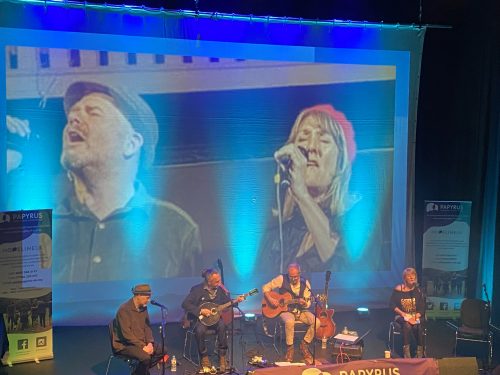 In truth this was a celebration as well as a rediscovery of tunes and tracks that could so easily been left to gather dust in the collective memory. Merry Hell reignited their own legacy and justified their forward path as a band of and for their place and its people. Gig of the year? Quite possibly. If you missed it, pray you get a second chance and it’ll happens again.