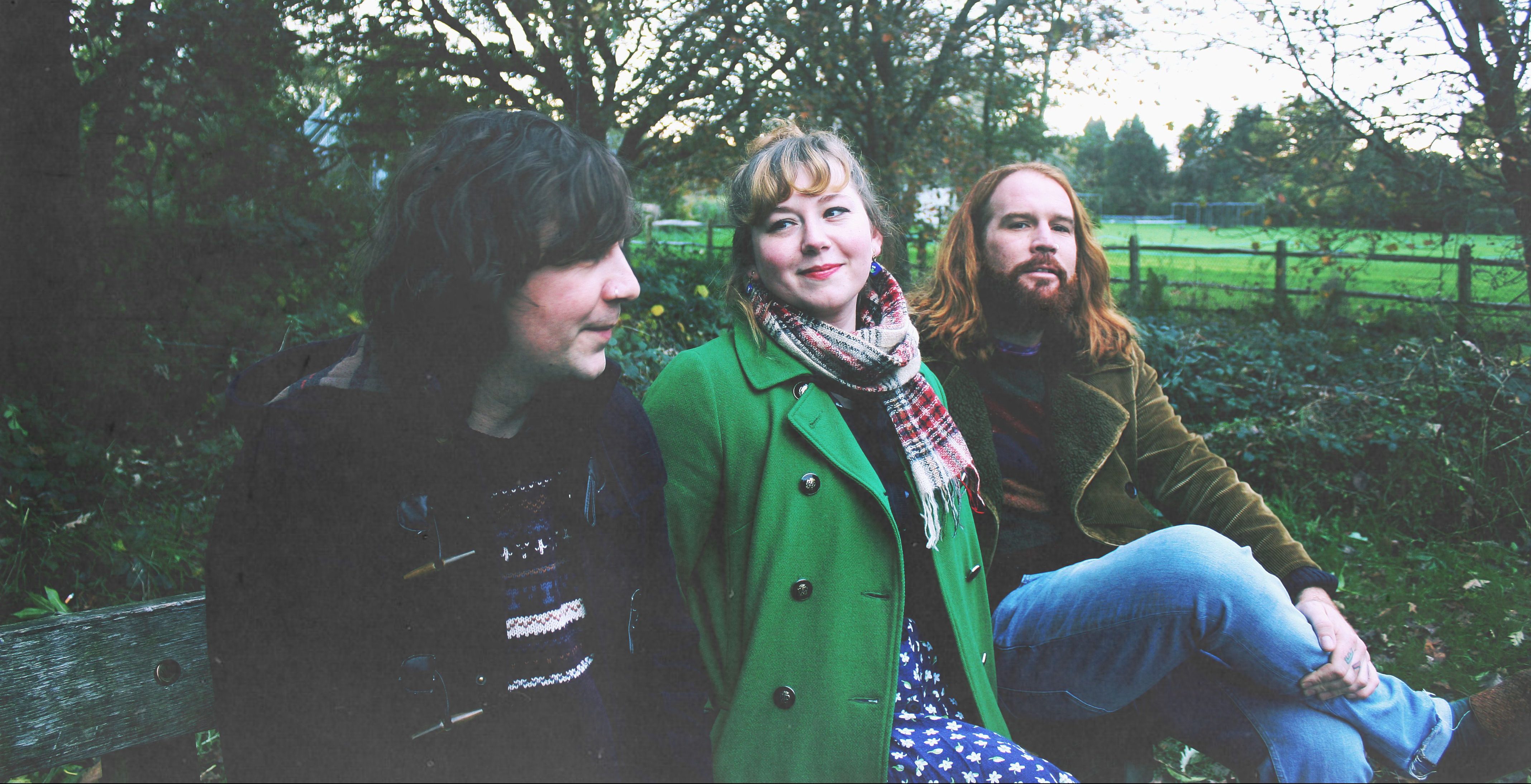 Alden Patterson and Dashwood are a Norwich based folk trio comprising of Christina Alden (vocals/guitar), Alex Patterson (fiddle/vocals) and Noel Dashwood (dobro/vocals). Following the success of their critically acclaimed album ‘By The Night’ and award winning debut album ‘Call Me Home’ the band are set to release their third album this spring.

The album is named after the old-time song ’Waterbound’ and it was recorded live and mixed in just ten hours on a wintry day in December 2019. It is beautifully presented in hand made printed card cases; each stamped and designed by the band and it has been entirely self-funded through touring.

“Over the last couple of years, we have played over two hundred shows in five countries and travelled more than 50,000 miles. We wanted to make an album that went some way to representing our live show so although it was recorded in a studio it was all recorded live. We played all the tracks just twice and we chose the first take for all but one track, we added no overdubs and because we played and sang together in one room there has been no editing”

The title track ‘Seven Years’ takes inspiration from English folk traditions and is based around an old English folk song ‘The Rambling Sailor’. The contemporary ’Winter Came’ evokes the positivity of freedom of movement and was inspired after observing three trapped House Buntings trying to escape through a glass window during a trip to North Africa in January 2019. ‘The Broads In December’ was written about the bands homeland of the Norfolk Broads, but at a time of year when it is quiet and still and all the holiday-makers are gone. The album also draws on traditional songs learnt through friends, material discovered in old books re-spun with new melodies as well as two fiery instrumentals.

Christina, Alex and Noel played their first gig together in early 2016 and with the unexpected critical success of their debut they haven’t stopped. Notable achievements include; over 800,000 streams on Spotify, winning fRoots editors choice Album Of The Year, 5000 physical albums sold, nearly 300 gigs played, a 23 date concert hall tour with Show Of Hands, multiple shows at Celtic Connections including at Glasgow Royal Concert Hall, multiple airplay on BBC Radio 2/BBC Radio 6/BBC Radio 4, playing across the UK, France, Belgium and Norway including main stage shows at prestigious folk festivals; Sidmouth, Towersey and Cambridge.

2020 sees the band set for another successful year with over seventy dates at theatres, folk clubs and festivals across the UK and Europe.