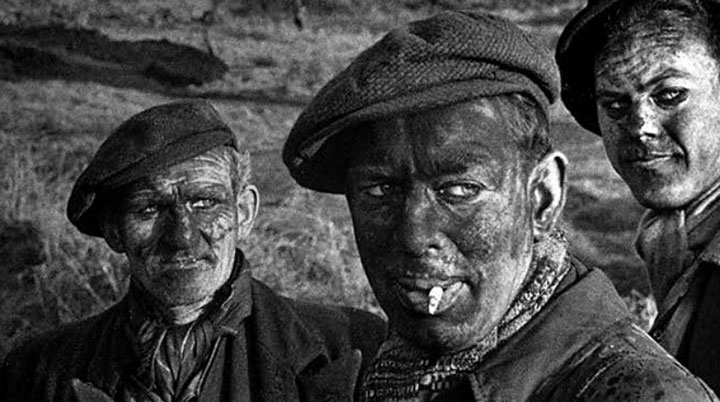 Vocal and angry The Wicca Men display their allegiance from the off, choosing to advertise ‘Albion Darkness’ by way of a photograph of coal blackened miners. The chunky booklet that accompanies has further iconic snapshots and imagery as well as background thinking and justifications for the mantra ‘taking back the commons.’

Life to them is a political struggle whereby what once was taken for granted has been added to the costs of everyday living, progress towards a fairer society which shares for the good of all is curtailed to be controlled by a powerful few. You can argue semantics all day but what these lads believe drives them, adapting songs from an old Nigel Denver album which speak of issues and wrongs inflicted on those less able to defend themselves, ethnic cruelty, racial blindness, land grabs.

Summed up in the closing track, ‘Tenderness,’ by guitarist Steve Lake, ‘ they all need some tenderness that is for sure.’ Basic, sparse acoustics buoy each track whilst the lyrics tend to have the impact and telling detail. Not for everyone perhaps, but it should make us all stop and pause and look at how we live, for ourselves or with others in mind?