Afterlight – the artist we once knew as Thea Gilmore 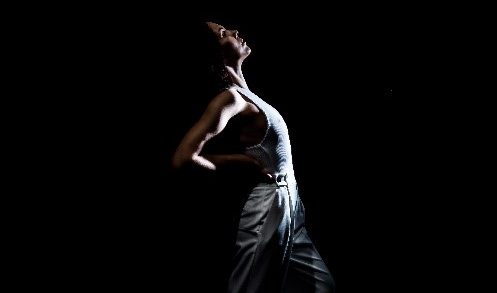 Afterlight is doing it just like Chekhov said. She was always the loaded gun that appears in the first act. Now, as the third act unfolds, it’s time to put on your bulletproof vest…

After the stop comes the start. After the dark; the light. This is not a drill. Afterlight is a real account of one woman’s journey from impressionable 16-year-old bound into a toxic working and romantic relationship with a man 23 years her senior, to a brand new artist and free woman finding her own beginning.

Written, produced and performed by Afterlight (the artist we once knew as Thea Gilmore, with 19 albums to her name), the eponymous debut spans the brutal truth of the opening track – an account of all the damage wrought upon one small life – through the slow, painful realisation that her entire world was built on control and lies, on to the emergence of a woman learning for the first time who she really is, making new connections and, finally, finding her own voice.

Only now that she has freed herself of that life has Afterlight been able to complete a different kind of debut – not so much a new artist as an artist renewed.

“I will show them what a woman is made of…”

The songs on the album might share subject matter with The Emancipation of Eva Grey, the judiciously joyous jazz excursion that marks the final Thea Gilmore release, (available only from www.theagilmore.net – 17/09/21), but make no mistake Afterlight is a very different proposition.

Liberated from other people’s fears and no longer hiding from her own in the name of her art, this is the sound of a woman making music on her own terms, free to make her own choices.

“The saddest thing to me is that my story is a drop in the ocean,” says Afterlight. “These issues that I’m dealing with are being dealt with by millions every second. This kind of coercion, this kind of narrowing of a life by someone else, this theft of self is everywhere.”

“In my case, I was so young, it was all I’d ever known so I had no concept of what freedom from that control felt like until I finally managed to get away. Now, with every day that passes I get further from those boundaries that were set for me. I see what functional relationships both working and personal, based on equity and respect actually look like. I mourn for the 16-year-old in many ways and now I’m trying to figure out who I am without those walls.”

This creative rebirth and repositioning has also produced The Emancipation of Eva Grey, the last Thea Gilmore album for a while, an acerbic reboot of the 1930s Jazz Age that grew out of a request to contribute to the recent hit film version of Blithe Spirit starring Dan Stevens, Isla Fisher and Judi Dench. (Emancipation of Eva Grey, will be released on 17/09/21 and available only from www.theagilmore.net)

All that creative energy finds its raw apotheosis in Afterlight. Not so much a call to arms as a calm clarion, it’s the sound of a woman making her own way, fulfilling her promise, starting out, starting over; the start after the stop.

“Fittingly, the last album I made as Thea Gilmore amplifies the voice of someone else, while the first Afterlight album is transparent and brutal and only me. But these are tiny stories from a tiny life. And they are everywhere. There’s no triumphant, happy ending, just a human, being.”

Sometimes though the story throws up some surprises and Afterlight is doing it just like Chekhov said. She was always the loaded gun that appears in the first act. Now, as the third act unfolds, it’s time to put on your bulletproof vest…

Welcome to the Afterlight.

“I have grown two hearts inside my belly,
I know a Phoenix from a sparrow
This will be the last time I write to you
I have wings to sew”

Afterlight by Afterlight is released on 17 September 2021:  https://thea-gilmore.tmstor.es/