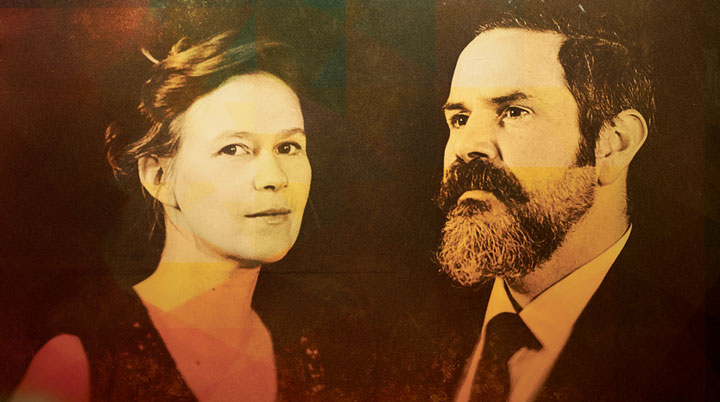 Similar to Gillian Welch and Dave Rawlings, the key to A Wanderer is the simplicity of delivery, Pharis & Jason – in reality Mr. & Mrs. Romero – know their old timey roots and produce authentic mountain sounds as if it were 1930 and they were on the front porch with the Carter Family

Their speciality or maybe obsession, is the banjo, besides playing them expertly they’re also known banjo makers and each time the instrument’s used the tuning’s reproduced in the accompanying booklet, the same attention to detail tells you each model of banjo played and bleeds into their entire approach from CD design to the way they dress. There’s a feeling of a job well done about the whole package as they balance the songs presented between the really well known blues of Cocaine and ballads like The Dying Soldier or Charley Willis Goodbye Old Paint an ode to a horse and leaving your home behind. Actually the CD does what it says on the cover, there is an awful lot of wandering in the subject matter from those born with a genuine pioneer spirit Ballad Of Old Bill who seems to have drifted off on his horse and no one saw him again to the love lorn, who ramble around under a wandering star, the title track. Although as if to buck the trend at least on Lonesome & Going Back Home our hero is at heading back to his roots rather than running away from them.

A couple of step dance instrumentals skilfully penned by the pair indicate how deeply engrained they are in the style, the songs they’ve composed linger seamlessly beside the genuine tradition and you can’t spot the join, except where there’s the odd lyrical reference to lines of cars or some such. Mostly though their high harmonies and spiralling voices hark back to times of depression and dusty roads; in perfect sync Pharis & Jason are their own personal Tardis. Good times come again once more it seems.