A Question of Firsts – Damien Barber 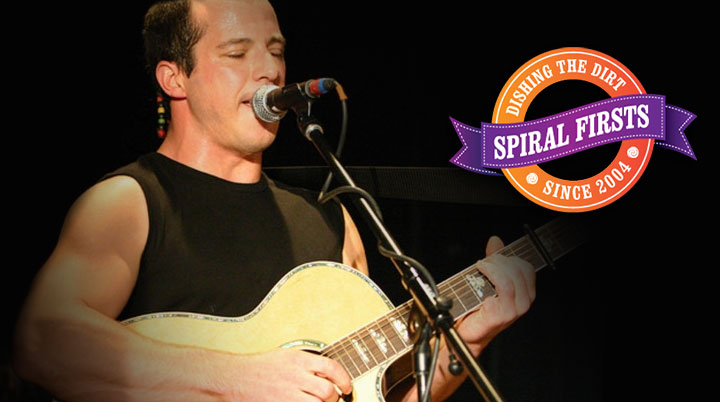 Damien Barber is one of the true innovators in folk music, always pushing at the boundaries between folk dance, music and performance. He is also a flag bearer for the sleeveless t-shirt, a garment that should have been allowed to die an undignified death decades ago. Energy, drive and spectacle are words that bubble to the surface when trying to describe his work. Now we can add aches and pains to the list as he (unsurprisingly) admits to waking up aching. I’d be in a wheelchair if I did half the stuff he does. You can also tell that he was destined for greatness when he was pretending to be able to read music at the age of 9, blagging a second place prize in the process (in a field of three, so don’t get too awed).

FIRST GIG YOU EVER SAW
Saw lots at my local folk club (Martin Carthy, Nic Jones, Dick Gaughan, Lyam o’Flynn, The Kipper Family etc) but can’t remember them specifically as I was only about 5-8 years old

Most memorable was Kathryn Tickell at Norwich Folk Club c1985

FIRST PERSON YOU’D INVITE TO A PARTY
I wouldn’t. Too much responsibility

FIRST THING YOU’LL ABOLISH WHEN YOU RULE THE WORLD
Ruling

FIRST THING YOU EVER PERFORMED IN PUBLIC
A recorder duet with a friend when I was about 9. We had to play 3 pieces of music from manuscript but we couldn’t read music so we pretended. We came 2nd (out of 3).

FIRST INSTRUMENT YOU EVER OWNED
That someone gave me (my grandad) – ¾ size fiddle
That I bought my self – The English Concertina I own now (Lachenal Edephone, Tenor Treble, 56 key, Ebony ended – for any enthusiasts out there)

FIRST PERSON YOU’D RAISE FROM THE DEAD
My brother

FIRST TRACK ON YOUR IMAGINARY ALBUM OF YOUR OWN GREATEST HITS
In my head I sing Leonard Cohen’s Hallelujah like a beast, but alas…

FIRST ARTIST YOU’D BOOK TO APPEAR AT YOUR OWN UNLIMITED BUDGET FESTIVAL
Planxty  (who will reform especially for the occasion) with special guests Paddy Moloney, Jacky Daly & Kevin Burke