A Man You Don’t Meet Every Day 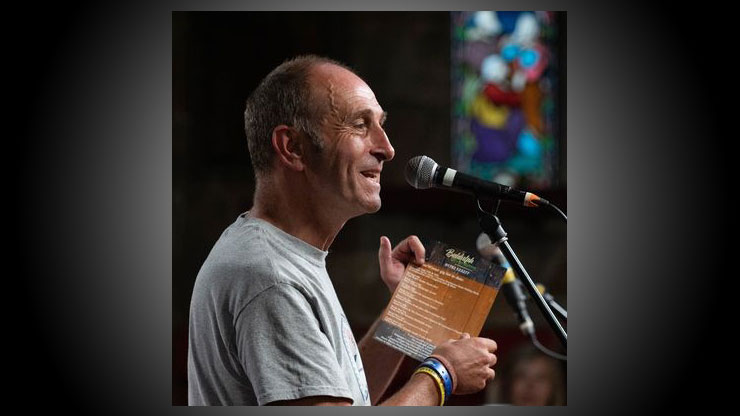 With the passing of Craig Pickering music and roots music in particular has lost a tireless champion. Craig, who inherited the booking and management of North Staffordshire’s wonderful Up In Arms organisation from its founder Eric Cox a decade or so back, was enthusiastic and inspirational as well as generous and a friend to everyone.

He knew no boundaries in his musical appreciation and always stuck to his often quoted motto, “I don’t care what kind of music it is as long as it’s good.” In his booking policy he followed it to the letter curating what had always been a club with an open door policy, Craig took things to another level: he flung the doors wide open and kept them open. No doubt had he lived he would have taken them off their hinges and cut them up for fire wood!

Whilst maintaining a high percentage of folk presentations, Craig built on his predecessor’s ideas and work in many ways like incorporating Americana acts and even booking solo rock acts such as Chris Difford and Glen Tilbrook from Squeeze. No one was off limits, crossing his fingers he signed The Hot Club of Cowtown who went down so well and had such a great gig they visited Up In Arms time after time. The names he presented are too many to list but he was known by many, acts such as The Oyster Band and Merry Hell tipped their hat to him for knowing how to put on a decent show and treat artists well. They weren’t the only ones.

His research trips were legendary and for someone who didn’t drive he got around. You’d be at a gig miles from his home patch and there he was having come by train or bus with a smile on his face, “I’ve just come to check out (insert your own artist name here,) I thought they’d go down well at Up In Arms.”

Latterly Craig began to bring film crews to some of his shows and presented them in real time on the web. Passionate about local music he gave soloists and bands from his back yard the chance to play and even some to record when grants allowed him to issue CDs. When the Arms of the title closed, Craig, ever the optimist moved the club lock stock and barrel to his local church, having persuaded the vicar it’d be a good thing. Turns out he was right the sound quality improved 100 fold.

He was modest about his actions and would often shrug when he discussed his ideas and make light of their impact. In truth he was appreciated far more than he perhaps knew. Working round the clock he networked with other promoters and venues so spreading the Up In Arms ethos out into the community, supported by a dedicated team and always with the help of his wife Jo.

I was lucky, I and many more counted Craig as a friend, his fervour and gusto was infectious, a better example of ‘from inspiration to enthusiasm,’ you couldn’t find. To say he will be missed is a massive understatement. Craig Pickering was the sort of man you met rarely, a true aficionado and advocate.

Sympathies go to his wife, daughter and family.