A Maid In Bremen – The John Renbourn Group 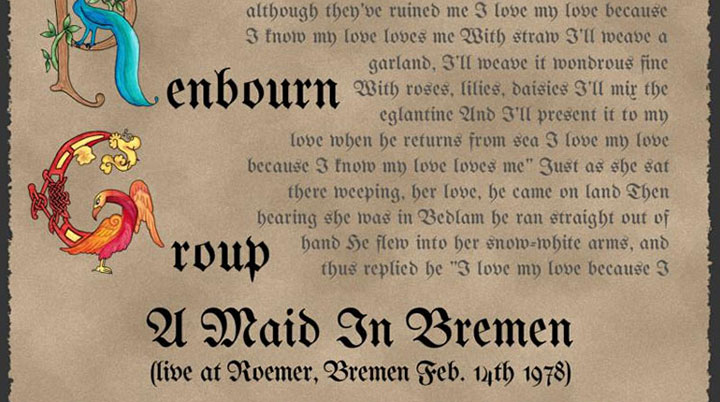 Unearthed by MIG- Made In Germany- this album may have a groan inducing title but the contents from a 1978 radio broadcast more than justifies the archaeology. Just what was it with maids? The Smart Alecs among you will know this crew had already named one album after a maid who was in Bedlam, but that’s another story. Although perhaps it isn’t, because what was on that album cut the previous year for Transatlantic is reflected here.

There is a kind of knowing easiness about the musicians involved, John Renbourn’s guitar playing is as tasteful and canny as it ever was, floating the borders between folk, world and jazz. Jacqui McShee’s voice is familiar from Pentangle, indeed here there are survivors from that band’s repertoire given new clothing.

What’s different? Well, the breezy flute of Tony Roberts whose multi instrumental skills are put to good use right through the set and then the tablas of Kethsav Sathe bring an echoing drive to the percussion lending everything an edge of Indian inspiration. The playing throughout is relaxed swinging from one to another, as Renbourn ever the democrat allows each person to shine. In fact I’d take a guess that this is Renbourn at his most satisfied, where he is most comfortable, making music he cares about with musicians who can do his wide inspirations justice. 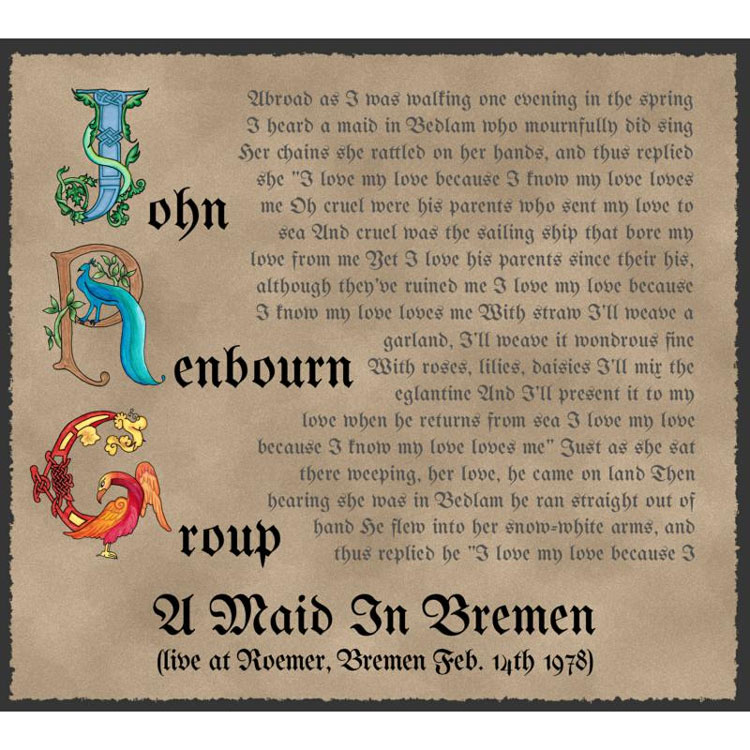 They open with a hypnotic ‘ I am A Maid That’s Deep In Love,’ Robert’s flute line dancing and extemporizing the original melody, Renbourn’s guitar winding in circular fashion and the exotic rhythms providing easy going bounce. Even the supposedly mournful ‘Death & The Lady,’ has an unearthly charm about it despite the gothic lyric, you can’t disguise the pure pleasure of playing which comes through. ‘Willie Of Winsbury,’ is another delight, as is ‘Cruel Sister,’ making murder as listenable as this gives the old trad ballad totally new clothing. Look, I recommend it all, these are but a few of the highlights. McShee’s sleeve notes recall the fun and satisfaction, the cover’s a mock-up of a medieval manuscript which wraps around it all neatly.

If only a few more reissues were as worthy and gratifying as this one.