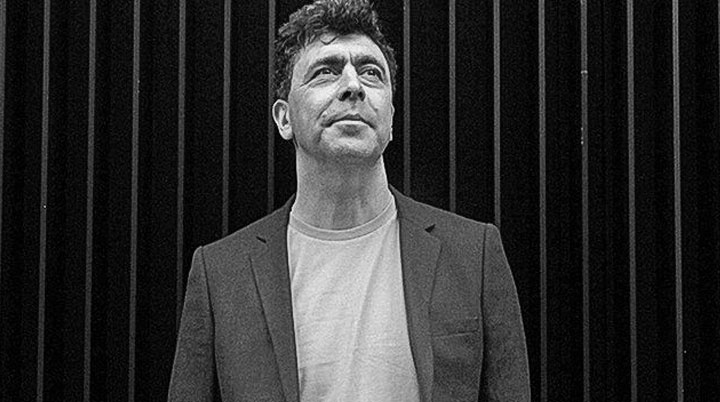 The picture of bucolic arcadia which adorns the cover here could lead you to believe that Pete Morton sees the present as some sort of Utopia, nothing however could be further from the truth. Although he’s always told everyone he’s foremost a singer, which is something you can’t really disagree with, Morton’s is more than that. He’s far more, keeping a weather eye on what passes, speaking up for those who haven’t always got a voice loud enough to shout and very often putting things into context by using the tradition to focus intention. Examples of all that are here as Pete rounds with usual gusto and stern warning on the injustice of Grenfell Tower, the dangers of the arms trade, the plight of child refugees, the uncertainty of modern farming, his guitar chugs whilst his distinctive vocals deliver a mixture of pithy story- telling with sing along choruses.

The title track is a retooling of Pete Seeger’s universal alleluia ‘ Oh Had I A Golden Thread,’ the original shot through with humanity, Morton’s version which he’s added to and shaped, even more so. Nor is he scared to return to old songs for an update as ‘Emily Dickson Revisited,’ proves, holding excellent vocal union from Jude Rees. The backing musicians are familiar names including Sarah Matthews on fiddles of all manner, Alice Jones on keyboards and George Sansome on guitar whilst there’s jazzy bass by Justin Twigg, as well as an entire choir who bolster the chorus of ‘Yemeni Moon,’ leading to the album being recorded in their Staffordshire Moorland back yard. The conclusion is that as a society we’ve a way to go before we discover that golden thread, but Pete Morton isn’t going to rest on his laurels until he’s reminded us at every opportunity to treat each other better and stand up to be counted when things go badly. His strongest in quite a while, you need to seek this out, pithy but crucial listening.