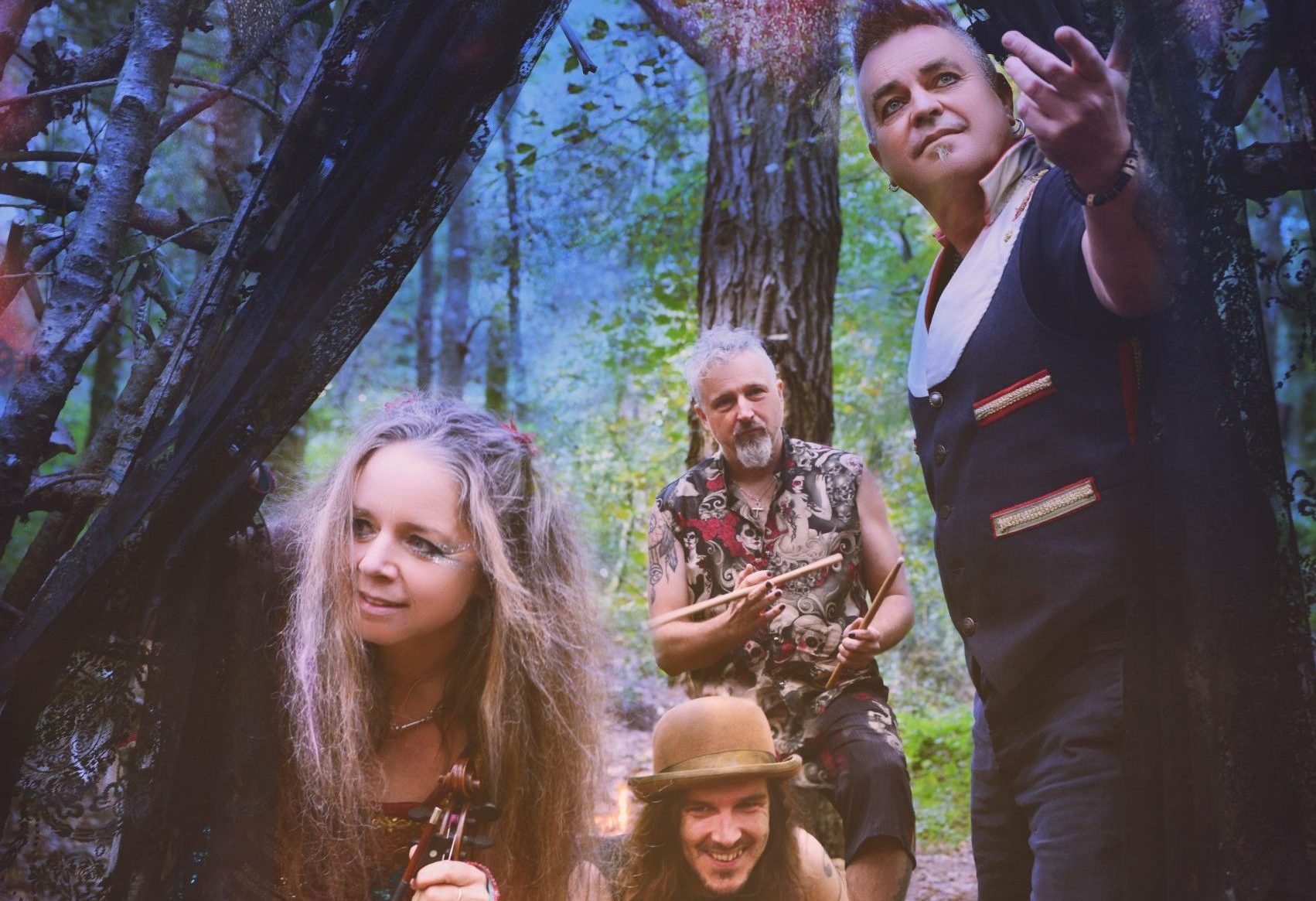 With celtic and eastern influences, the 3 Daft Monkeys’ dynamic style of world folk music reflects the global village in which we now live. Their infectious dancing rhythms lead you through a musical journey of the senses and emotions, and will leave you breathless, enthralled and exhilarated.

After experiencing the band’s notoriously energetic live performance at Glastonbury Festival , Mark Radcliffe declared them as one of his “Highlights of the Festival” on BBC TV coverage, and subsequently invited them to play a session on his BBC Radio 2 Folk Show. The band have also performed a live session with Whispering Bob Harris on Radio 2.

With their quirky and original approach to music, and their passion, intensity and sheer joy of life, 3 Daft Monkeys have gained themselves a large and loyal cult following. Their music is hard to pigeon-hole, mixing and crossing many musical genres from Celtic, Klezmer, Gypsy, Balkan, Latin, Ska, Dub Reggae, Indie, Rock and even a hint of Shostakovich. 3 Daft Monkeys have always maintained an independent and cottage-industry approach to their musical career, and have gained a huge following whilst ploughing their own furrow through the music business.

The band’s diversity is reflected in the acts for whom they have been invited as special guests, including touring across the UK and Europe with the Levellers, and opening for bands such as Hawkwind, Bellowhead, Show of Hands and Dreadzone, as well as headlining their own national tours. With a fiery helter-skelter blend of influences from East and West, 3 Daft Monkeys inject a unique wildness into their music, producing a symphonious cacophony of styles, Silvery vocal melodies soar above percussive global beats and rhythms, while passionate fiddle-driven tunes weave around animated guitar and bass, all presented with outstanding musicianship in their famously theatrical live performances.

With years of international festival experience in hand, they certainly know how to work a festival crowd, and are guaranteed to whip an audience into a frenzy of emotions with every performance.

Here’s them playing Bearded Theory in 2018, its not hard to see why they were awarded Best Act in our Spiral Awards.

“The musicianship- the virtuosity, the song craft, the arrangement is simply astonishing”
(Our Esteemed) Editor in Chief – Spiral Earth

They are celebrating their ‘21 years wild’ by releasing a brand new live album, with tracks taken from a ‘fans favourite’ poll and an added tease of some new, original material. Recorded at The Princess Pavilion in Falmouth back in December,  it also features a guest a string section, so promises to be special. The album is available for pre-order* now,, and will be posted in late June

“An album full of raw energy and emotion” They are also heading out on tour starting this weekend including Bearded Theory and Glastonbury, with their tireless work ethic seeing them cram in 28 dates (at the time of publish) up and down the UK.

…and the best way to experience them is live!! 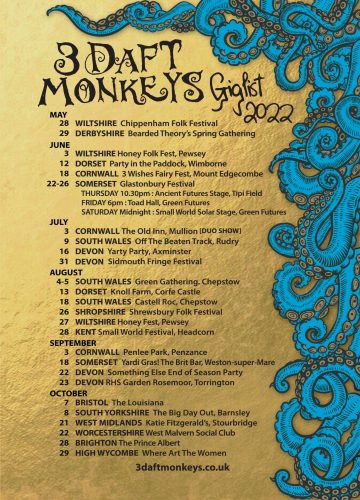