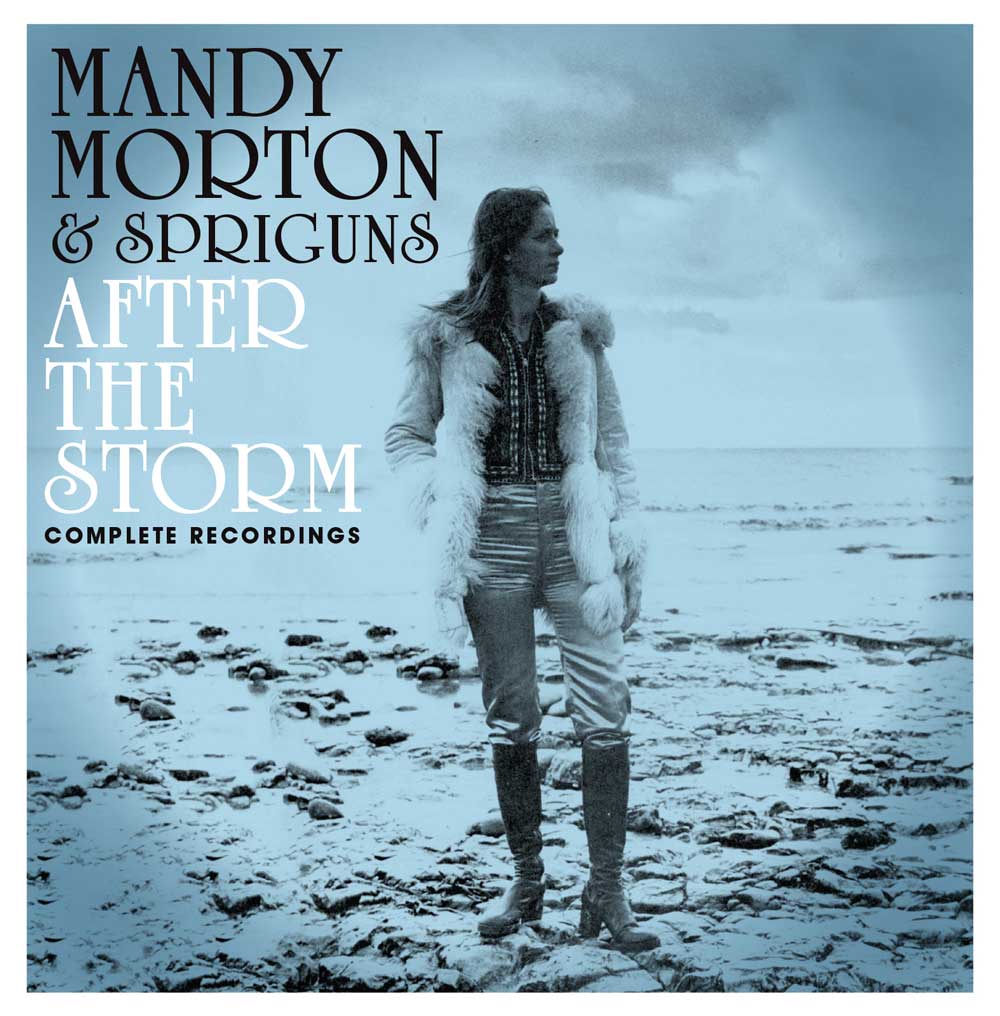 At long, long, long last one of the most underrated and brilliant English folk rock bands of the 1970s is starting to gain proper recognition for their efforts, half a decade since they began. Spriguns were from Cambridge and cut two stone cold classics. For Decca the stunning rock folk ‘ Time Will Pass,’ all loud, echoing guitars, creepy bass and thundering drums, wrapped in a screeching violin and gothic keyboard fills. That album saw Mandy Morton’s writing taking shape and form. ‘White Witch,’ was an utterly compelling track with a totally sympathetic string arrangement by no less than Robert Kirby ( he worked most famously with Nick Drake.) Tradition was turned on its head with an acid rock reading of ‘Blackwaterside,’ and whilst ‘Time Will Pass,’ marked Spriguns moving away from folk sources, the ensuing ‘Magic Lady,’ dedicated to Sandy Denny who passed as it was being recorded proved to be their Magnum Opus. Totally self composed, even self released on Banshee Records, the whole album is just perfect, it balances lore, spiritual, ritual, remembrance, bittersweet  romance and regret, all delivered in a very English manner through the superb vocals and tight leadership of Mandy M. Credited to herself & Spriguns, from 1978 onward Mandy would go under her own name with friends and guests providing the backing.

Now comes the exciting news Cherry Red, who’d already released CDs of both Spriguns Decca records have announced ‘ After The Storm,’ a mouth watering  release of 6CDs and a DVD with bonus tracks both studio and live.  All contained within a light blue box with the enticing ‘Complete Recordings,’ emblazoned across the top.  The Review Desk is excited by this development, very excited. Of course we’ll bring you a full review and descrition of the wonders within, the moment Cherry Red’s press machine sends us a copy.

This from the promo blurb…

Spriguns Of Tolgus (later shortened to just Spriguns) were a British folk-rock group formed in 1972, who have long been admired by connoisseurs of that era. Having made two self-funded albums, they attracted a major label deal with Decca for two further LPs, which demonstrated their growing originality, and caught the attention of some significant figures in that world.

After two Decca albums Mandy decided to form her own label and rebranded as Mandy Morton and Spriguns to record the Magic Lady album. This led to a solo licensing deal with Polydor Norway and two more albums followed. Mandy Morton and her band toured Scandinavia extensively before disbanding in 1885.

Compiled and co-ordinated by Mandy herself, ‘After The Storm’ is an ambitious 6CD and DVD box set which offers the entire recorded output of Spriguns and Mandy Morton in their various musical guises, from their lo-fi cassette-only album ‘Rowdy Dowdy Day’ from 1972 to the final Mandy Morton Band LP ‘Valley Of Light’ from 1983. Many of the above have been remastered for the first time directly from the original master tapes. And in addition, Mandy discovered several previously unreleased tracks, which appear as bonuses.

The whole package has been beautifully designed, with a plethora of illustrations and sleevenotes by Mandy herself. In every respect, ‘After The Storm’ is the ultimate tribute to the music of Spriguns and Mandy Morton – long held in high esteem by folk rock collectors “in the know” but deserving of a deluxe box set to pay proper homage to their musical legacy.

DISC FIVE:
MANDY MORTON Sea Of Storms
1 Maybe One Day
2 After The Storm
3 Black Nights
4 Compline Anthem
5 Victoria By The Window
6 Ghost Of Christmas Past
7 Twisted Sage
8 Wake Up The Morning
9 Silas The Silent
10 Land Of The Dead
11 Warriors’ Grave
12 The Sculptor Bonus Track
13 Ghost of Christmas Past (Single Mix)