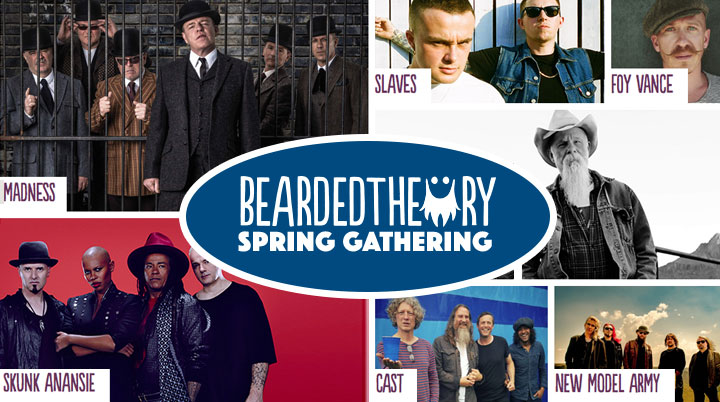 Award-winning festival Bearded Theory celebrates its ten year anniversary at the end of this month, we caught up for a pre festival interview with Rich Bryan, Festival Organiser…..

For a festival that started life as a private party in a pub, you’ve come a long way, how does it feel to be celebrating the tenth anniversary of the festival and has its growing popularity surprised you?

I never expected it to last 10 years but I didn’t really expect the festival to continue beyond the first couple of years thinking about it. I am obviously delighted that so many people like what we do and that is our inspiration that continues to motivate us into doing the following year’s festival.

Apart from the tornado in 2009, what have been your festival highlights over the years?

I wouldn’t call the Tornado a highlight but it was a defining moment in our history and one which ensured the continuation of the festival. Following the tornado incident we had to improve professionally and the impact of the Tornado essentially meant we had little choice but to operate 2010 in order to clear the slate. The 2010 festival remains my favourite year, I loved every aspect of it and it was a small festival but produced really well. Highlights would be Dreadzone closing the festival in 2010 and knowing we had succeeded in delivering a proper festival without incident.

In lots of ways you are a unique festival, offering an onsite school for children for example, but still maintaining an extremely reasonable ticket price – do you feel this is the reason you’ve won an array of awards and have such loyal fans?

I think we are good at coming up with unique ideas especially the School, parts of our Woodland Stage, Bars etc.  But I feel the main reason we have won people over and have loyal followers is that we face and react to criticism and feedback. We don’t shy away from it or just play lip service to it. It has made the festival evolve in so many ways from the bars, Security Company, stages, bands, concessions, parking and so much more besides.

Essentially the festival hasn’t been modelled on one person’s vision, ego or aim but modelled by the people who attend, that has meant it means a lot to people as essentially they helped create the festival and the success it has become.

What can we expect from the tenth anniversary line up and what’s new this year?

The line-up has all been released now but I think it’s the most diverse we have produced in the past 10 years and I am pleased to have got some younger bigger names on the bill this year to try and reduce the average age of our performers. It’s difficult as we don’t want to become a Reading, V or Parklife but we equally don’t want to become a Rewind or nostalgia festival. So with that we need to introduce younger acts to ensure our booking process becomes more open with a good wide music demographic we can aim for but without messing up our ethics and aim.

I am looking forward to Josh Doyle, Skunk Anansie, Slaves and Vintage Trouble this year personally. We have a new stage as well and people can find out what that is when they arrive.

How would you describe the festival in one sentence to a Bearded Theory virgin?

Honest, straight forward, not serious, good value and we try our best.

How can people get more information/tickets?